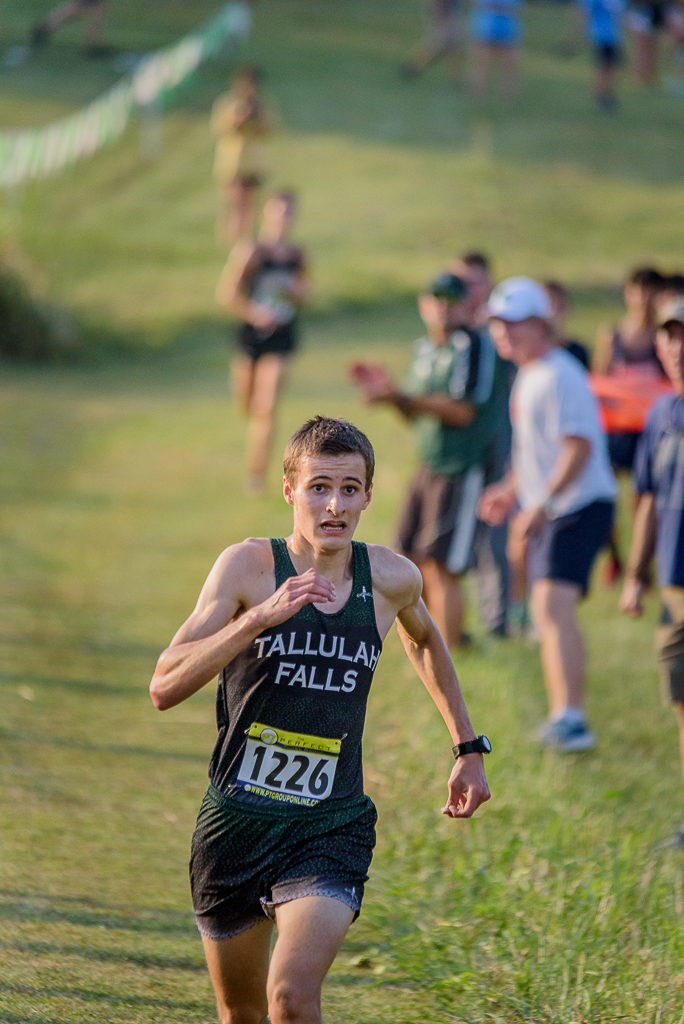 Senior team leader Sarah Edwards of Sautee Nacoochee and fellow senior Maria Whitson of Alto coordinated over 1800 baked cookies and quotes delivered to 25 teams. Three cookies each in a decorated bag were given with the name of the runner, coach or manager displayed.  Individual champions received a combo hat/tee from Tallulah Point Overlook and the victorious teams were rewarded with a large cookie cake and a large inspirational quote. Festive music, volunteers galore, an incredible venue, and hundreds of cheering fans supported over 500 harriers hastening up and down the hills of the TFS farm land, where former students would raise cows, work the farm and create a legacy of toughness.

Runner-up and sophomore Evan Prince of Demorest ran the 5k course in 17:26.73 to jump to the No. 4 spot on the course Legacy List, and finished only 41 seconds behind course record-setting senior state champion Graham Blanks of Athens Academy.  Junior Grey Bourlet of Tallulah Falls bettered his course personal best by seven seconds to place 15th. Freshman Zhigao Henry Xiong of China (21:11.40) ran onto the course Legacy List, while junior Collin Kelly of Demorest was the fourth TFS runner to finish. Junior Kale Corbett of Lakemont and junior Chathan Clouatre of Toccoa placed in the top half of varsity runners. Bourlet, Kelly, and Corbett all ran season bests.