Student-athletes from Tallulah Falls School celebrated the culmination of the winter sports season at a banquet held at The Dillard House on March 11.

Varsity coaches from basketball, swimming and cheerleading presented individual awards in various categories during the awards portion of the evening.

Athletic Director Scott Neal, the emcee for the evening, spoke to attendees about the athletic philosophies at TFS.

“We are proud of our basketball, swim, and cheer athletes and coaches, the GREAT character displayed, the state qualifying of each of the teams and the standards of excellence they are creating and continuing,” Neal said. “Celebrating together the accomplishments earned (seventh-place boys state swimming, Sweet 16 girls basketball and state qualifying boys basketball), relationships strengthened and memories forged makes for a joyful evening.”

In addition to individual awards, student-athletes were recognized for participation, lettering and post-season competition.

JV Basketball
Shown, from left, are sophomore Tyler Popham of Demorest, Teammate Award and freshman Anfernee Hanna of the Bahamas, Most Valuable Player. 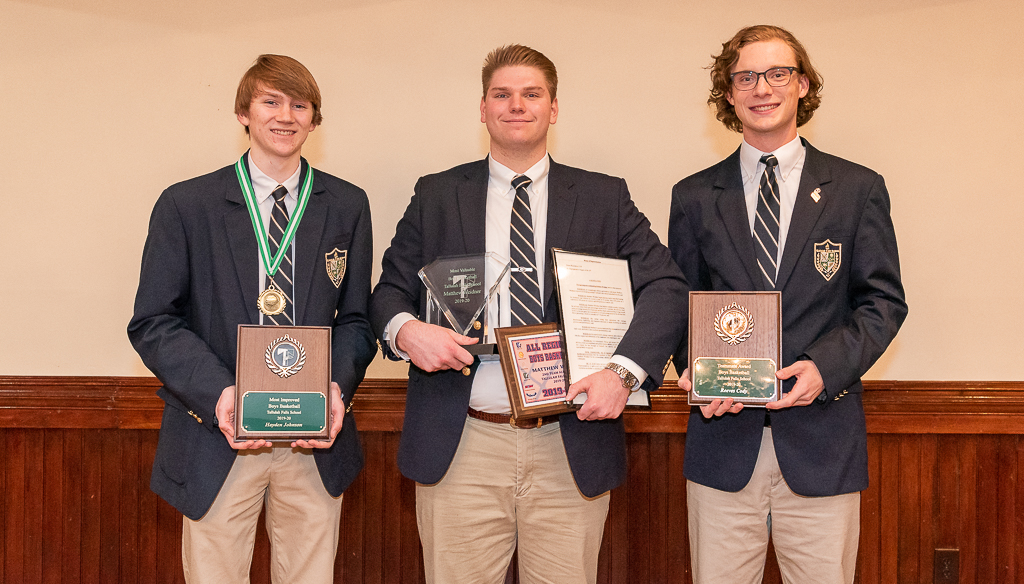 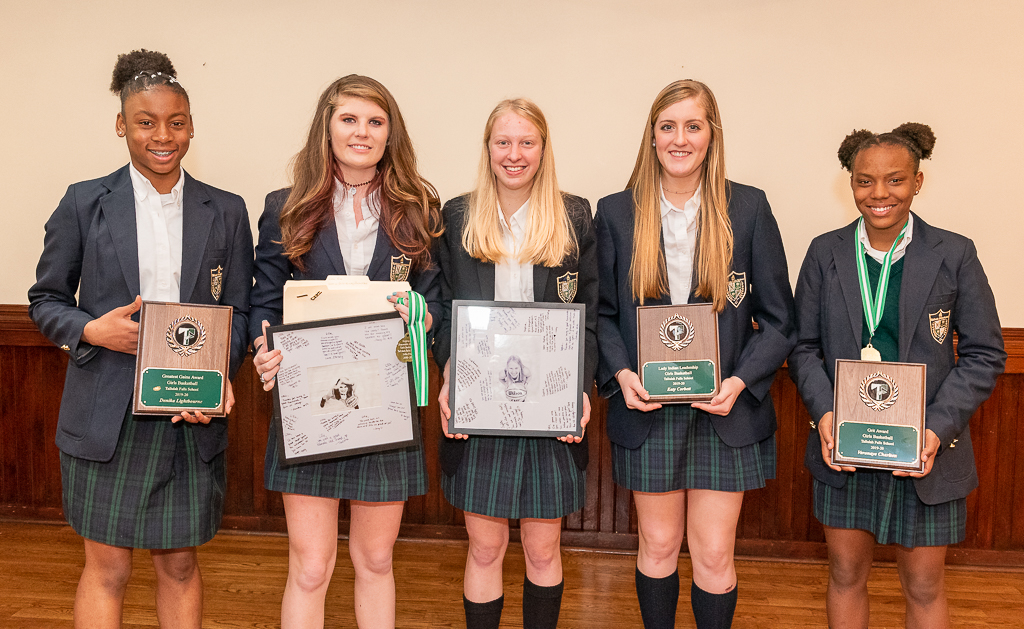 Free and Charlton were also recognized for being named to the All-Region 8-A Honorable Mention Team. 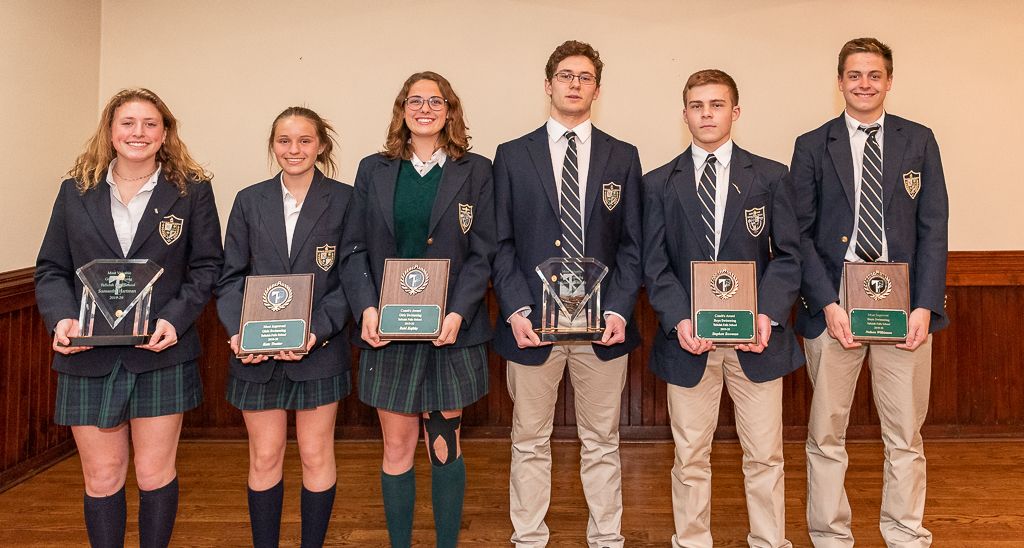 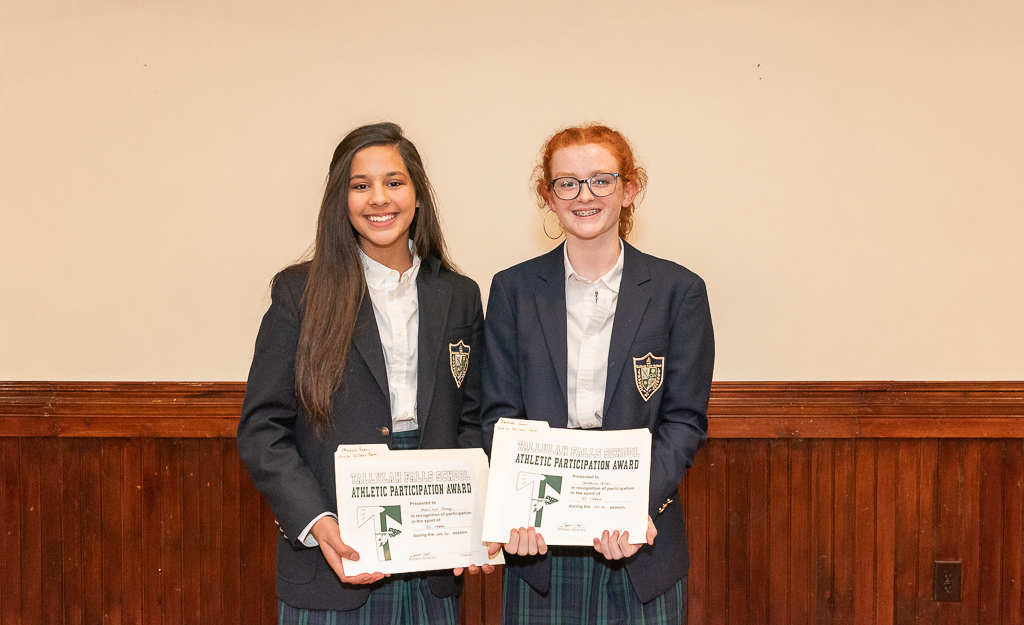 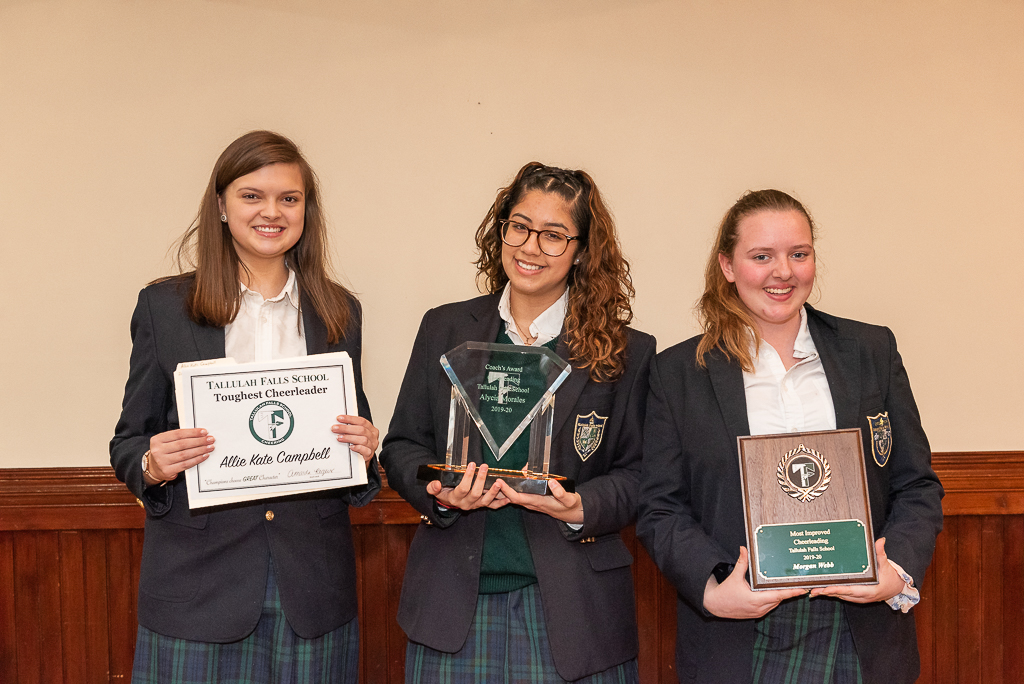