Tallulah Falls Middle School tennis exemplified that...well, perfectly. The boys and girls both returned much of last season's Southern Mountain League Championship teams, and took it a step further as both went undefeated in 2020.

The girls and boys teams both went 9-0 to complete their dream seasons, topped with back-to-back league titles. The boys never wavered, winning six of their matches in shutout fashion. The rest of the wins were by scores of 4-1. The girls only once were on the verge, winning one match 3-2 agasint Rabun County.

The boys defeated Habersham Central in the semifinals and the Championship over Rabun County, while the girls earned wins similarly over Franklin County and Rabun Gap.

"I am very proud each year of all our boy and girls teams from the bottom to the top," adds coach Lisa Wilcox. "I teach and coach them hard, not just tennis, but how to value time, and people who give their time and what it means to have family support them in the things they love to do."

TFS focused on building character and also excelling on the court. Wins for the teams came over local programs such as Rabun County, Rabun Gap, Banks County, Habersham Central, and Franklin County.

The boys were led by singles players Tanner Davis (8-1 record), TJ Cox (7-1), and Everett VanOrman (8-1), as well as doubles combos Aiden VanOrman and Jake Owensby (7-0), Zach Carringer and KC Respress (9-0) and Rylee Smith (1-0). The girls were anchored by Landry Carnes (8-1), Lizzie Huebner (9-0) and Madeline Martin (9-0) at singles, and Jordan St. Germaine and Keira Webb (9-0), Olivia Phillips and Agnes Hogan (5-4) and Sarah Wilkinson (1-0) at doubles. Wilcox notes that Davis has a bright future, along with other members of the tennis program.

"Tanner started in the sixth grade almost being cut to #3 singles, and then the #1 singles player both his seventh and eighth grade year, losing only three of 20 matches in two years," states Wilcox. "I see him playing USTA tournament and quickly advancing to much higher levels from there."

The added cherry on top for both teams winning the title is that both did so on the home court at TFS. Carnes, Huebner, Martin and St. Germaine all move on next season to the Upper School, while the boys will also see Davis, Cox, the VanOrman brothers, Owensby, Carringer, and Respress move up. This season is one that all the members will cherish, as well as Wilcox, who utilized her son and former TFS great Trey Wilcox as an assistant coach.

"Every year feels like an accomplishment whether a winning or losing season," adds Wilcox. "If one person comes out a better player and who has learned more than just tennis, I feel I might have contributed in giving something that will be lifelong to another. God's gift to me is a gift that I hopefully can give to another."

Get your official Southern Mountain League Championship T-Shirts to commemorate the 2020 season for both boys and girls tennis. Purchase through our vendor at Shuma Sports 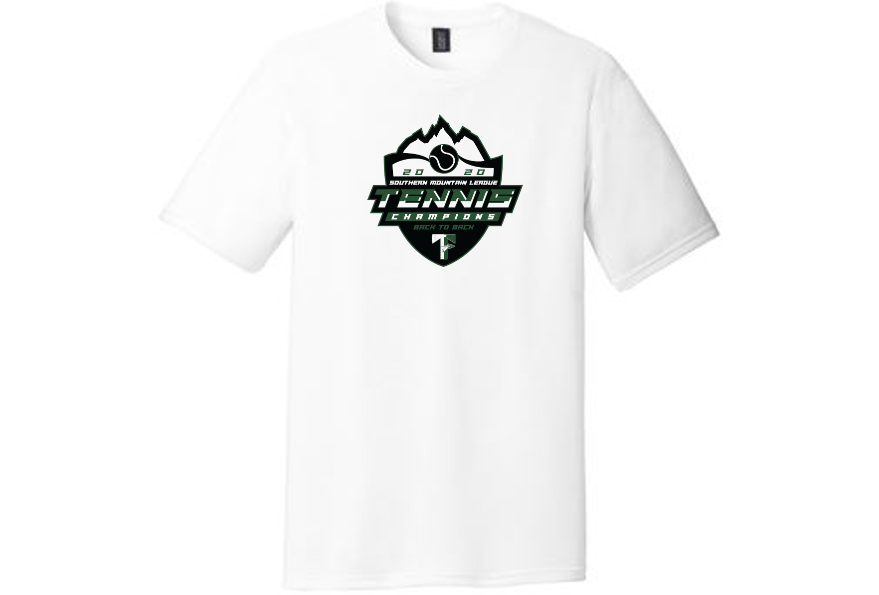 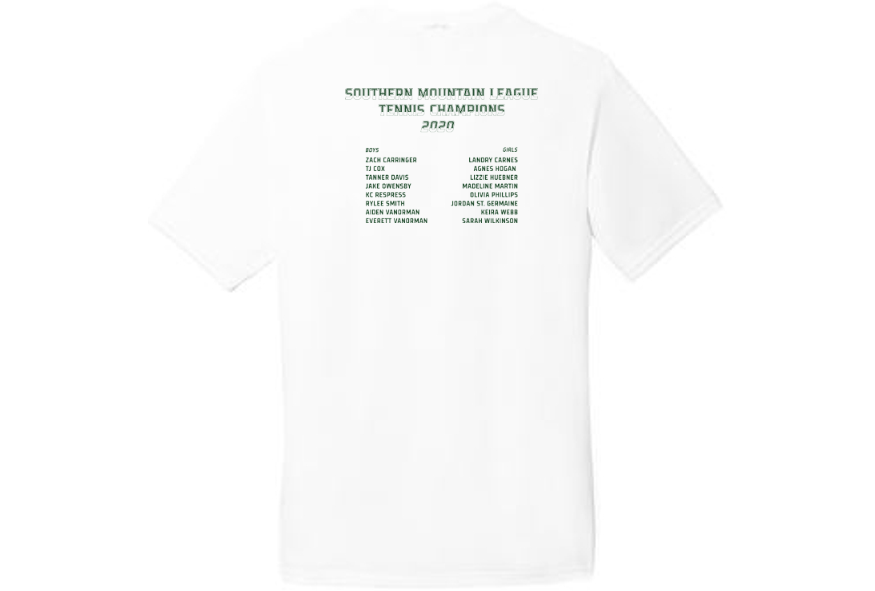