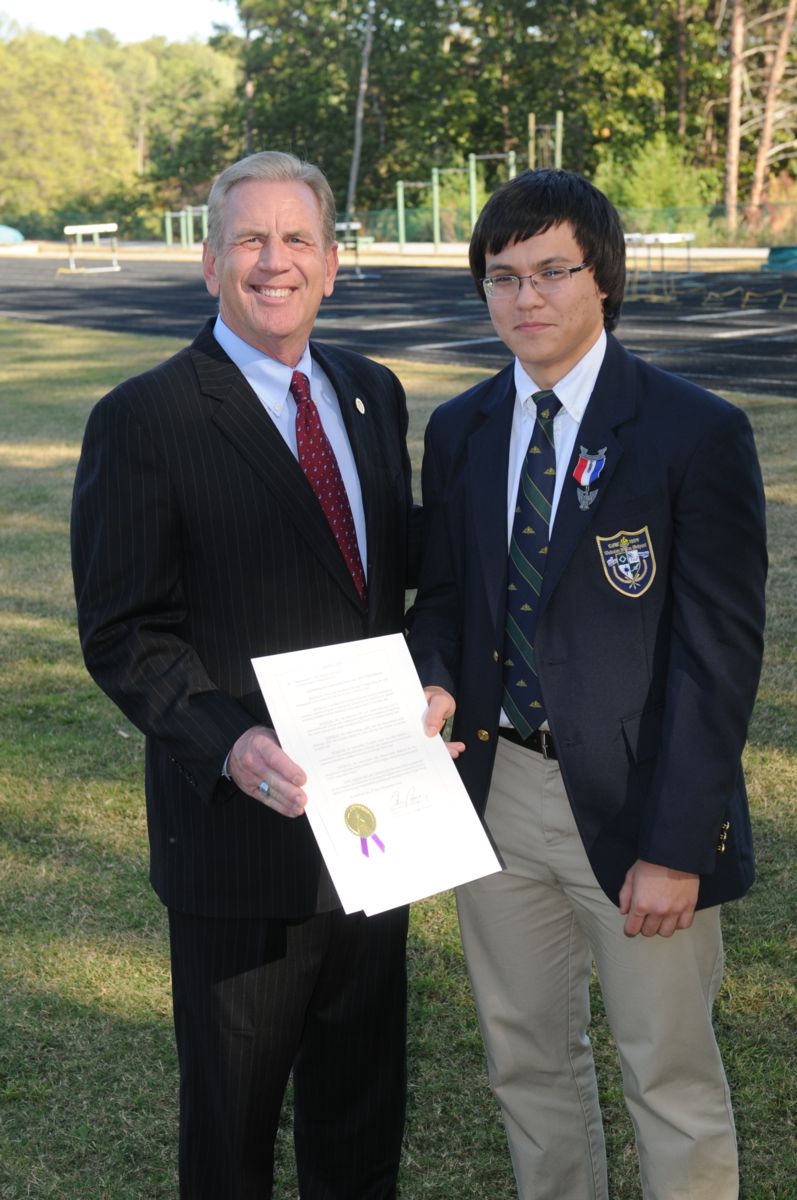 The Eagle Scout designation is the highest rank attainable in the Boy Scouts of America (BSA). Only 4 percent of Boy Scouts are granted the rank of Eagle Scout, and only after a lengthy review process.

Gulle, who has been involved in scouting since second grade, was required to complete a special community service project as part of his Eagle Scout requirements.

With the help of scouts from his local troop and several adults, Gulle constructed a 10-foot pull up bar and several benches adjacent to the TFS soccer field using lumber donated by the Cornelia Lowe’s and hardware donated by the school.

“We are proud of Jesse,” said TFS President and Head of School Larry A. Peevy. “His commitment to the Eagle Scout designation is a testament to the TFS mission to elevate character. We appreciate his contribution to our athletic program.”

“As the father of two Eagle Scouts and a huge supporter of Boys Scouts of America, I recognize what a tremendous honor this is for Jesse; it is something he will carry with him for the rest of his life,” Rogers said. “Less than 4 percent of all young men who start scouting achieve this rank, that’s why I always try to make certain their accomplishment is recognized. Jesse is a fine young man and a great leader. I expect we’ll see big things from him in the future.”

According to Gulle, the amount of work done on a project in Boy Scouts is measured in volunteer hours; 100 are recommended for an Eagle project, this one required 120 hours.

Jesse Gulle is the son of Jeff and Sandy Gulle.