Seniors accepted to Georgia Tech are Mark Faingold of Russia, Emma Peacock of Dillard, Victoria Sesam of Sautee-Nacoochee and Xuan (Arthur) Yang of the People’s Republic of China.

More than 15,700 students applied for Early Action [EA] admittance to the 2017 class with a deadline of Oct. 15. According to the Georgia Tech website, this is a 5 percent increase over last year and among Georgia residents, applications are up 25 percent over the last six years.

Students accepted under EA are automatically considered for academic scholarships.

“We are extremely proud of these accomplished students,” President and Head of School Larry A. Peevy said. “This group is among the brightest of the TFS Class of 2017.” 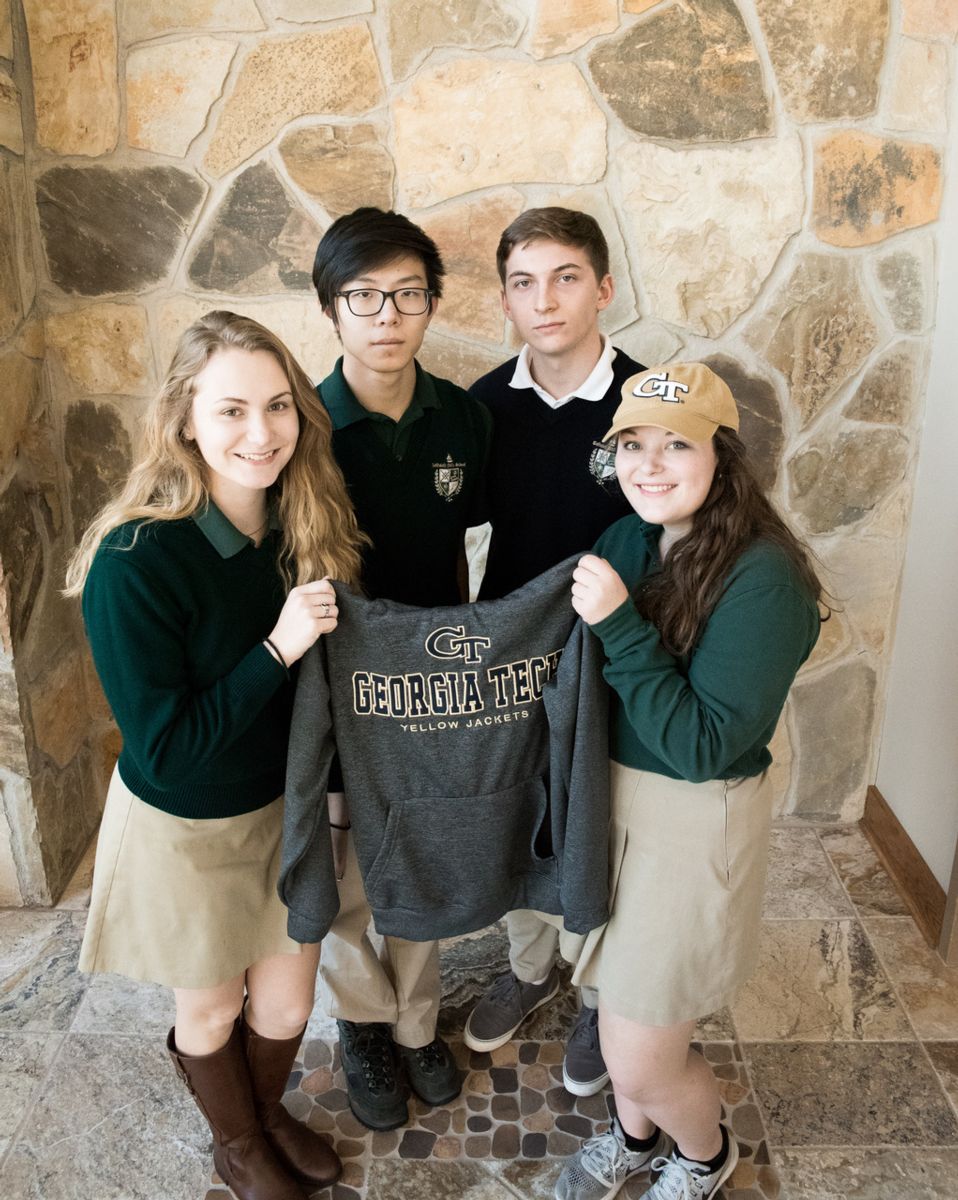 E. Lane Gresham/Special
Four members of the Tallulah Falls School Class of 2017 are accepted to the Georgia Institute of Technology under Early Action. Shown, back row, from left, are Xuan (Arthur) Yang of the People’s Republic of China and Mark Faingold of Russia; and front row, from left, Victoria Sesam of Sautee-Nacoochee and Emma Peacock of Dillard.