Members of the Tallulah Falls School Class of 2019 will hear remarks from Major General Thomas Carden Jr., Adjutant General, Georgia at commencement ceremonies set for May 17.

Major General Carden will deliver the keynote address to the graduates, faculty, staff, family and special guests at a 2 p.m. ceremony. 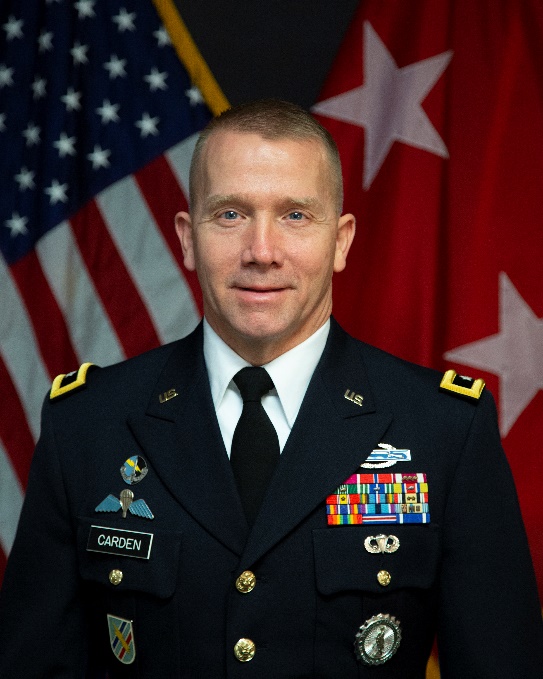 “We are delighted to welcome Major General Carden to campus,” said President and Head of School Larry A. Peevy. “With his strong background in service to our country and state, I am sure he will offer insights on leadership that will inspire our graduates.”

According to his bio,  Major General Carden was appointed by Governor Kemp in January of 2019 as the 43rd Adjutant General, Georgia. He is responsible for directing, coordinating, organizing and stationing the Army and Air National Guards of the State of Georgia, the Georgia State Defense Force and federal and state civilians, ensuring their readiness to perform state and national missions.

During his career, he has held a number of key positions in the Army and Georgia Army National Guard. Most recently, he served as Deputy Commanding General of the North Atlantic Treaty Organization’s Multi-National Division Southeast (Romania). He previously served as the Georgia Army National Guard Commanding General, chief of staff, deputy chief of staff for operations, and deputy chief for personnel.

In 2005, he deployed to Iraq with the 48th Infantry Brigade Combat Team as part of Operation Iraqi Freedom.