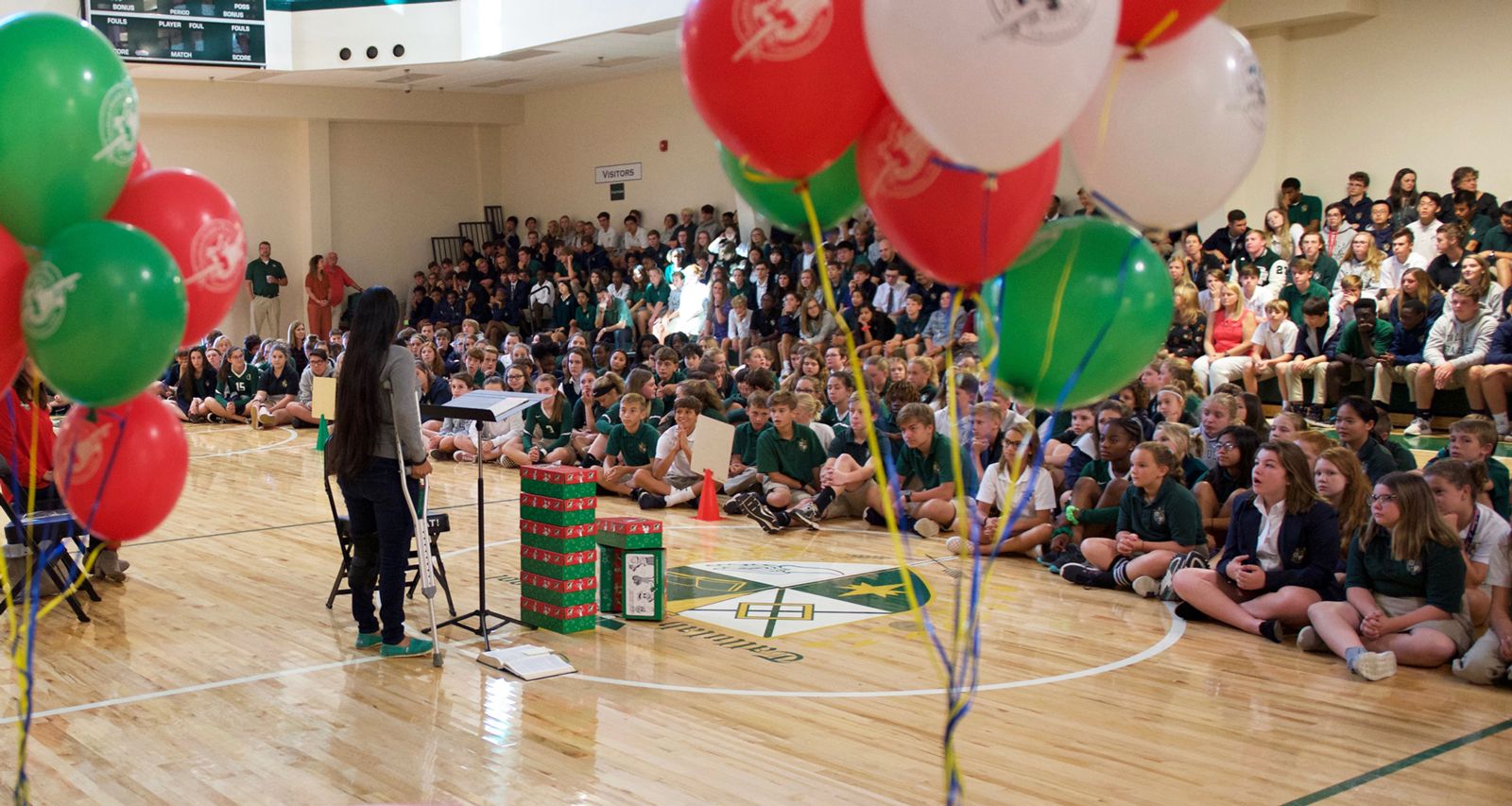 Never underestimate the power of a simple act of generosity. That was just one of the messages presented by Yuri Lopez as she spoke to more than 500 Tallulah Falls School middle and upper school students during a school-wide assembly on Sept. 25.

Lopez spent nearly all of her youth in more than a dozen orphanages in Honduras. She told TFS students that at age six, while in the second grade, a helicopter landed outside their school and she and her classmates each received a shoebox filled with a modest collection of gifts, school supplies and hygiene products courtesy of Operation Christmas Child.

“Among the items were a pack of ten lead pencils and a toothbrush,” Lopez said. “Before I had been forced to make a single pencil last the entire school year and I had to share my toothbrush with 25 other girls at the orphanage. These were really my first Christmas presents and the first things I had ever had that were my own. There was also a note in the shoebox that said, ‘Jesus loves you, and I love you too.’”

“I had often questioned why God would allow me to grow up in an orphanage. The girl who packed the box didn’t know my story, but she still took the time to pack it for me. It meant so much to me.”

Among the items in the shoebox was a small Bible, and eventually, Jeremiah 29:11 became a transformative verse for Lopez. It reads, “For I know the plans I have for you,” declares the Lord, “plans to prosper you and not to harm you, plans to give you hope and a future.”

Lopez's inspiring journey continued to unfold as she met her ‘adopted’ family from Tennessee in 2005. An avid soccer player, she came to the United States in 2008 after receiving a full athletic scholarship to compete at Bryan College in Dayton, Tennessee. Today she serves with the Fellowship of Christian Athletes (FCA) using her extensive soccer background and unyielding passion for the sport as a platform to reach young people with the love of Christ.

She encouraged the TFS students to participate in the Operation Christmas Child project.

“A shoebox doesn’t just impact one person, it can impact an entire community,” she said.

Tallulah Falls School middle School Academic Dean David Chester with Yuri Lopez. Lopez received an Operation Christmas Child package when she was a child living in Honduras. She shared her story with TFS students on Sept. 25.

Yuri Lopez speaks to a combined group of middle school and upper school students at Tallulah Falls School. Lopez received an Operation Christmas Child package when she was a child living in Honduras. She shared her story with TFS students on Sept. 25.