Members of the Tallulah Falls School Precision Rifle team competed well at the 2019 Ole Mill Invitational event on Nov. 30th in Griffin.
The Ole Mill is a cert 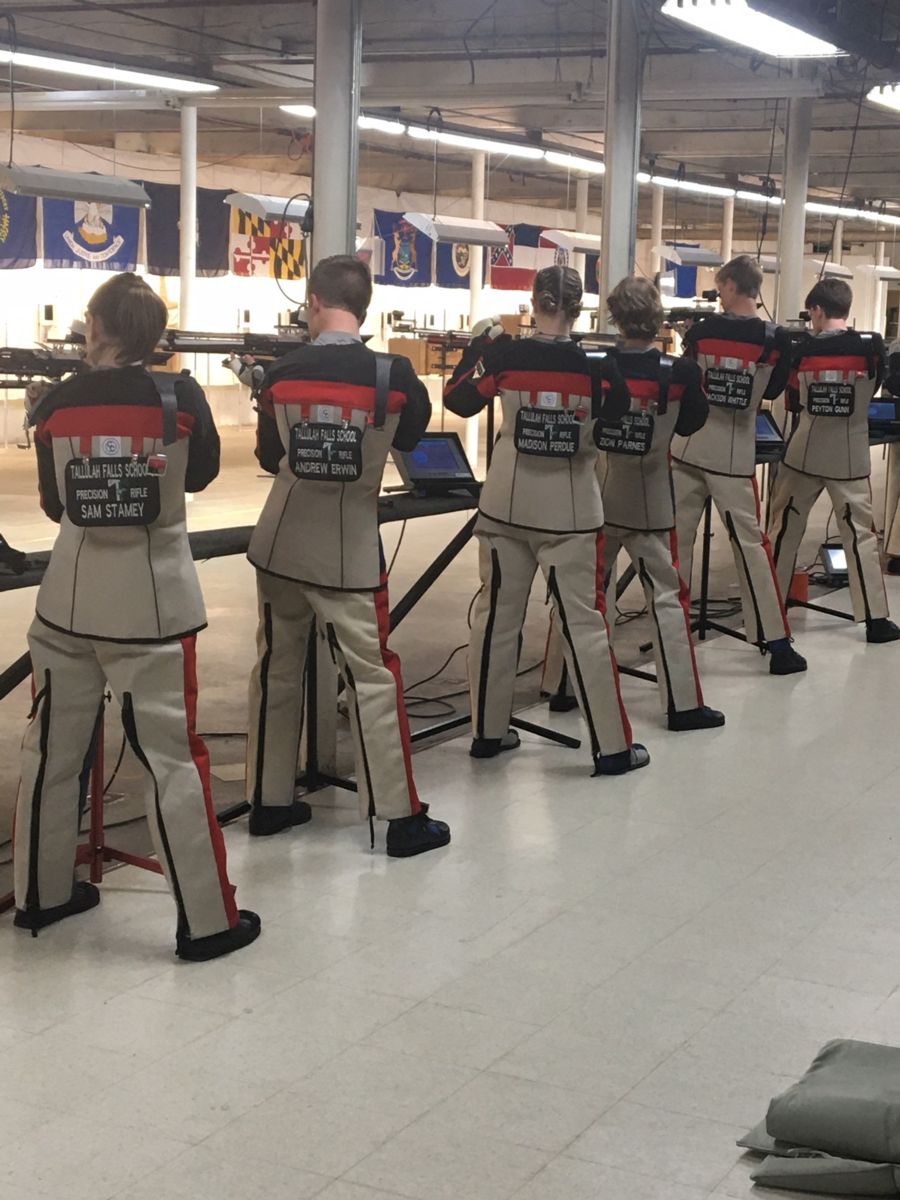 ified Olympic training center, according to team coach Tim Stamey. The range is in the lower portion of an old mill; the outer facade is deceiving as the inside houses air rifle and small-bore (.22 rimfire) lanes equipped with electronic targets. 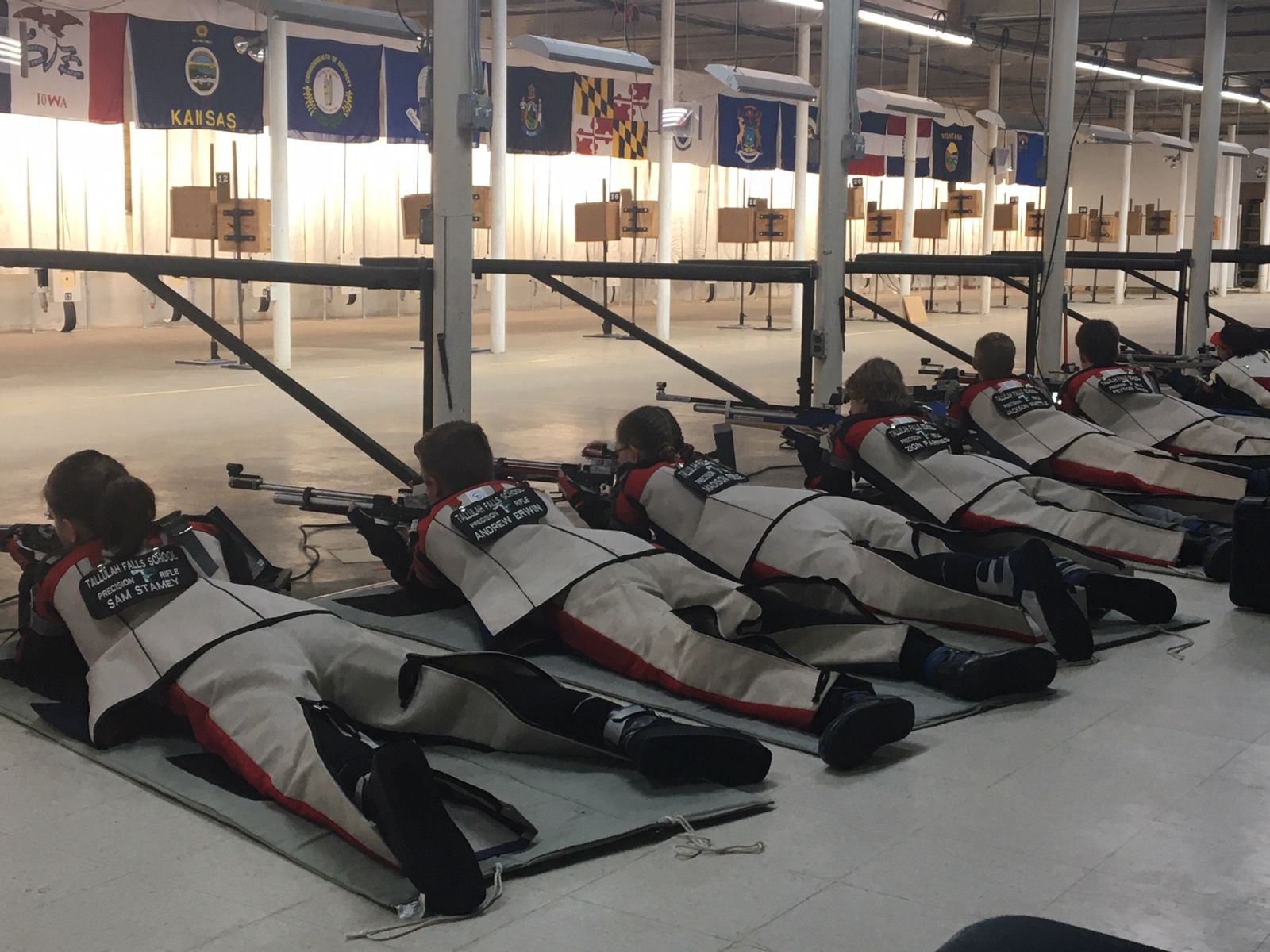 st some of the best teams in the country,” coach Stamey said.

The competition is a three-position match which consists of 20 shots each in prone, standing and kneeling. Shots score from 1-10 with a 200 score possible in each position.

Captain Sam Stamey, a junior from Clarkesville, is familiar with the venue as she trained at this location three years ago.

“For the rest of the team, it was a new experience,” said coach Stamey. “The team has been practicing half-days during the Thanksgiving break to get ready for this match and were ready to let the light shine.”

It became apparent in the first position the hard work would pay off as several athletes shot personal records in prone with sophomore Andrew Erwin of Demorest shooting a 199 out of 200, according to coach Stamey.

“The team continued with solid shots in standing and also shot exceptionally through kneeling with more personal records,” coach Stamey said. “The prior TFS team record score for three-position was a 2214 and this team smashed the record by 51 points to shoot a 2265!”

Sam Stamey shot a 572, followed by sophomore Madi Perdue of Clayton with a 570, a personal match record and Perdue’s goal for this year.

“This team is very cohesive, humble and represents TFS extremely well,” coach Stamey said. “I am so very proud of them in everything they do on and off the firing line. They are on the path to represent our wonderful school on a national stage this year.”