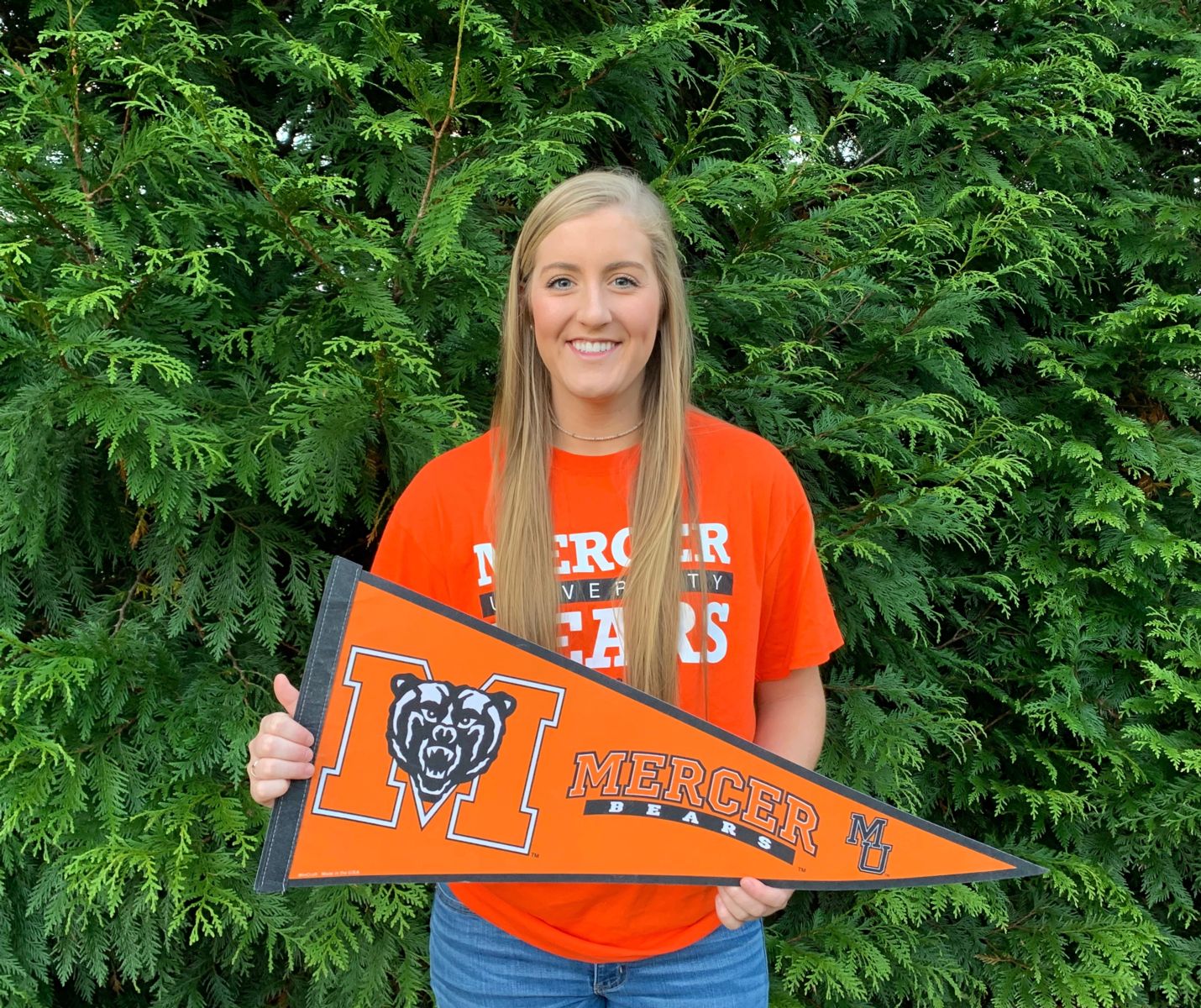 A long-awaited decision that we all knew was coming has been finalized. TFS senior volleyball standout Katy Corbett has committed to continue her education and playing career at Mercer University. While it was no surprise she would be playing at the next level, up until recently there was no known destination. She will continue at Mercer, and make the switch from indoor to beach volleyball.

“This commitment happened in about two weeks,” says Corbett. “I had received two offers to play indoor and at the time I was trying to decide which program would fit best for me. One day my parents and I decided that I should email the coach at Mercer about their program and I am so glad we did.”

In the midst of finishing up what was another historic season at TFS, in which Corbett helped lead the Lady Indians to their second-ever Sweet 16, the recruiting decision came together rapidly.

“After having a conversation over email, we had a phone call and planned another one for the following week,” explains Corbett. “Our season ended the Saturday of that week. I got my film together Sunday, we visited Monday, he called me that night and gave me an offer, and I committed the next day. I have played beach over the years. However, I never had any film of me playing. On that Sunday, Coach [Matt] Heyl and a few of my teammates went to the beach courts and took video of me running through some drills. I am extremely thankful to Coach Heyl and Sarah and Rebekah Jennings for taking time out of their day to help me gather my film.”

While many colleges and universities saw something special about Corbett’s game, Mercer’s coach was blown away by what he saw.

“When talking to the coach, he said that he liked how I had a high court IQ and the fact that I hustle, play all the way around, and get after it,” says Corbett. “Coach Heyl talked to him and discussed how I have been a leader on the court for our team and he especially talked about how he was going to need my leadership because he is losing some seniors this year.”

Corbett was also being recruited by a few NCAA DII schools along with a couple of DIII programs to play indoor. However, Corbett’s heart has long been in playing outdoors in the sand.

This adventure is a reward for a career that has built up to this. Corbett’s hard work and determination are the biggest factor. Her support system of family and friends is just as important, as are the coaches, teammates, and TFS community.

“I cannot say enough how thankful I am to Coach Heyl and my teammates,” exclaims Corbett. “I could not be in the situation I am today without any of them. They have all supported me and cheered me on through every step and I am so grateful to every one of my teammates. Coach Heyl has been my coach every year I have played volleyball at TFS. He has shaped me into the player I am and has also helped me grow as an individual. He has taken the extra time to work with me as well as email and talk to many college coaches. He has helped me so much throughout this process and I am so thankful for him.”

While having multiple opportunities to play at the next level, Corbett was impressed with Mercer.

“While going through this process, being able to play volleyball at the next level was important,” says Corbett. “But getting the best education possible was most important. I have always wanted to go into the medical field and become a nurse practitioner or a physician assistant and of the schools that were recruiting me, Mercer had the best programs that would put me in this position. Also when thinking about playing at the next level, both Coach Heyl and other college coaches have said that my height, reach, playing all the way around, and skill would be best suited for beach. Based off of those two reasons, I knew that playing beach at Mercer would be the best fit for me.”
So it’s official – Katy Corbett will be trading her green and white for orange and black. Though not before her senior basketball season, in which she is just as talented.

Corbett finishes her volleyball career as a three-year varsity player who was a part of more than 80 wins in the TFS program, which included four trips to the state playoffs (two Sweet 16 runs), three region runner-up finishes, and multiple times state-ranked. She wraps up a career in which she tallied nearly 1,000 career kills and holds the single-season and all-time mark in that category. She also has over 1,000 digs, owning the single-season and career records in that category as well.

“Above all, I want to give glory to God for laying His hand on this entire process,” says Corbett. “I would not be where I am today without His guidance. I also would like to thank my parents for everything they have done and continue to do for me. They helped me tremendously throughout the entire process.”