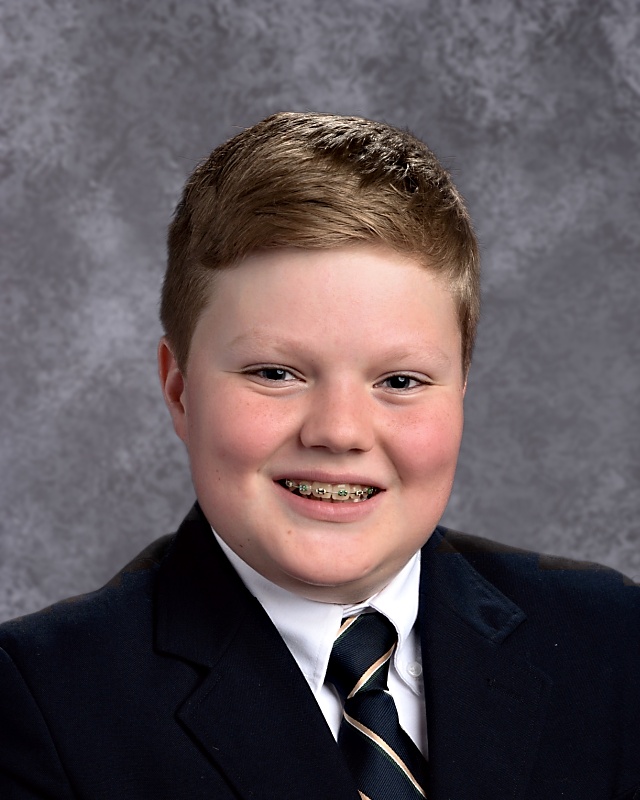 The results are in! The National Geographic Society named seventh-grader Jedd Thomas of Cleveland as one of the semifinalists eligible to compete in the 2020 National Geographic GeoBee State Competition. The contest will be held at Georgia College in Milledgeville on March 27.

“I’m am proud of Jedd’s hard work. He was an excellent geography student last year. He was always studying the map and globe in my class,” said sixth-grade World Geography teacher Amanda Rogers. “I know he will represent TFS well in the state competition.”

This is the second level of the National Geographic GeoBee competition, which is now in its 32nd year. To determine each school champion, GeoBee competitions were held in schools throughout the state with students in the fourth through eighth grades. This year, an estimated 2.4 million students competed in the GeoBee, with 8,661 students becoming school champions. School champions also took an online qualifying test, which they submitted to the National Geographic Society. Up to 100 of the top-scoring students in each of the 50 states, the District of Columbia, Department of Defense Dependents Schools and U.S. territories were invited to compete in the State GeoBees.

State champions will receive a medal, $1,000 in cash, and other prizes, as well as a trip to Washington, D.C., to represent their state in the National Championship where they will compete for additional cash, awards and college scholarships. The second- and third-place State GeoBee winners will receive cash awards of $300 and $100, respectively.

Visit www.natgeobee.org for more information on the National Geographic GeoBee.

Follow the national competition at National Geographic headquarters in Washington, D.C., May 18-21 at www.natgeobee.org.

ABOUT THE NATIONAL GEOGRAPHIC SOCIETY

The National Geographic Society is a global nonprofit organization that uses the power of science, exploration, education and storytelling to illuminate and protect the wonder of our world. Since 1888, National Geographic has pushed the boundaries of exploration, investing in bold people and transformative ideas, providing more than 14,000 grants for work across all seven continents, reaching 3 million students each year through education offerings, and engaging audiences around the globe through signature experiences, stories and content. To learn more, visit www.nationalgeographic.org or follow us on Instagram, Twitter and Facebook.