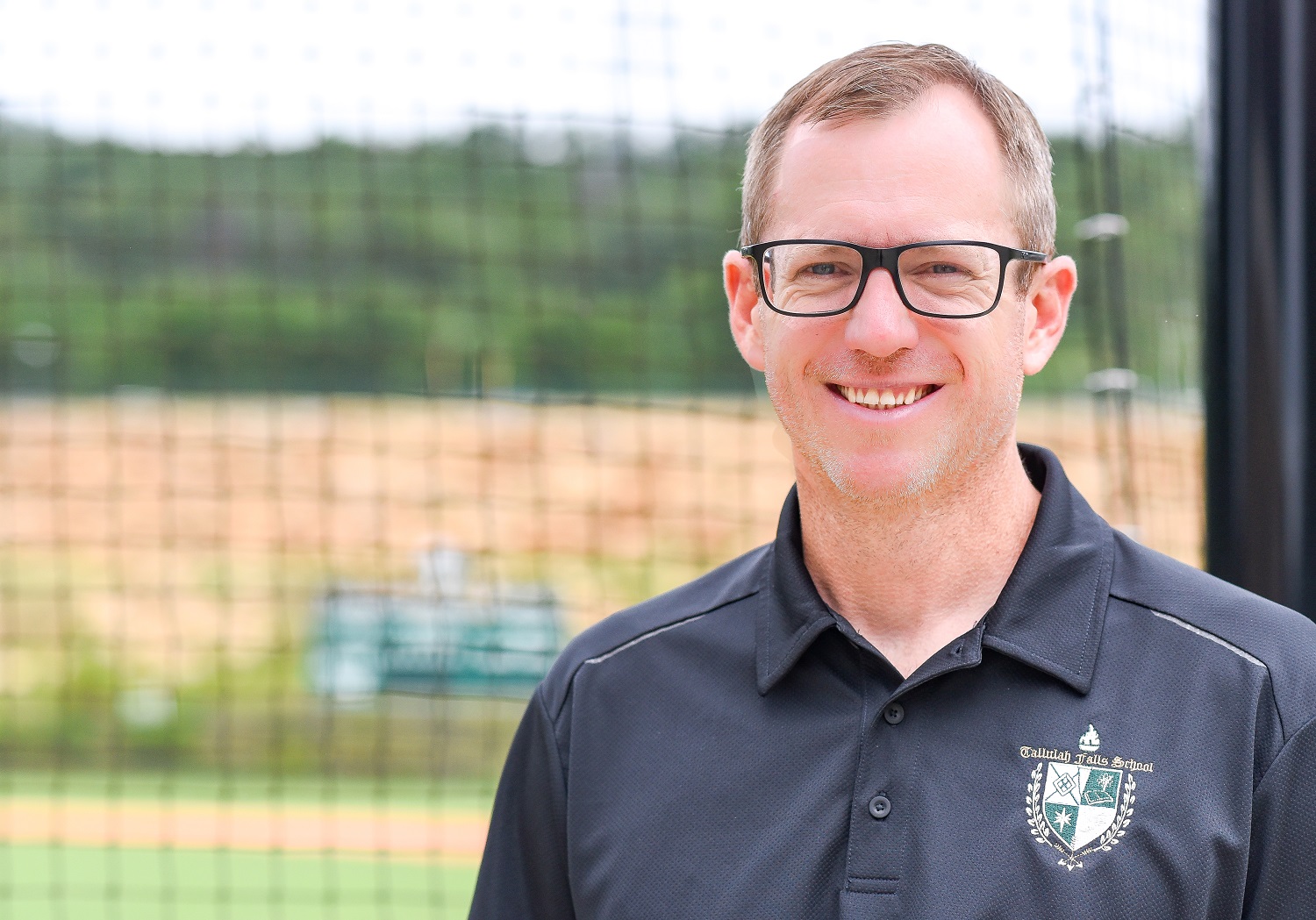 Tallulah Falls School filled a vacancy with the addition of Justin Pollock as the varsity head baseball coach. Pollock takes over the Indians baseball team after the departure of long-time coach Mark Wilcox.

"First I would like to thank Dr. [Larry] Peevy, Mrs. [Kim] Popham and Coach [Scott] Neal for the opportunity to be a part of the Tallulah Falls family," says Pollock. "The commitment to the overall student experience from the administration, faculty and staff is evident and was something I knew I wanted to be a part of. The campus is absolutely beautiful and the academic and athletic facilities are first class. I believe work of the previous baseball coaches to build the program along with the recent construction of the Higgins Baseball Complex have laid the foundation to develop something truly special here at TFS."

Pollock comes to TFS from a three-year stint at Southern Wesleyan University as an assistant coach and recruiting coordinator. He previously coached for 11 years at nearby Toccoa Falls College and one year at Montreat College.

As a head coach at Toccoa Falls, Pollock racked up 267 wins, including 158 wins over his final five at TFC. The Eagles earned a trip to the NCCAA World Series in seven straight seasons, winning the title four times and finishing as runner-up twice. He was named NCCAA National Coach of the Year four times. Pollock was also the head coach at Montreat in 2016, guiding the program to 15 wins.

Pollock brings a wealth of experience at all levels of baseball, and looks forward to having an impact on the TFS student athletes.

"First and foremost I have the responsibility to help our baseball players grow as young men," states Pollock. "From day one, our players will understand that being a part of the TFS baseball program goes far beyond the baseball field. We all have the responsibility to represent Tallulah Falls School and the TFS baseball program with excellence in the classroom, throughout campus and in our local communities. On the field we are going to be committed to the TRIBE Baseball motto of Toughness, Respect, Intent, Belief and Energy. Our players and coaches will work extremely hard to develop a successful baseball culture here at TFS."

As part of Pollock's goals, he will be in a great position to help elevate each player's abilities as well as aspirations.

"I certainly think that coaching at the college level for 16 years has helped me gain a greater understanding of what it takes to play at the next level," says Pollock. "My goal for anyone that plays at Tallulah Falls is for them to have a great experience, become the best baseball player they can be and to help them go as far as they want to go in baseball. For those guys that have aspirations of playing at the next level, I will do all I can on and off the field to help them achieve their goals. I think the connections I have made during my coaching career and the experience of coaching at multiple levels will help be an asset to our guys who are looking to take that next step."

"Coach Pollock has the significant passion, experience, resourcefulness, vision, and "it" factor to lead the next stage of our baseball program," adds Athletic Director Scott Neal. "He has a successful history in mentoring young men to be GREAT through character, competence and competitiveness. A strong teacher of the nuances associated with America's pastime, an effective communicator, and competitive to core, I am thrilled to have Coach Pollock lead our baseball program!”

Pollock is joining the Tallulah Falls School Upper School faculty as a strength and conditioning teacher along with being named head baseball coach. He has a bachelor’s degree in christian education, a master’s in sports management and 16 years of coaching experience.

“I plan to invest in my students, develop a deeper understanding of my content areas and get to know the other faculty and staff members,” Pollock says.

Along with his family, including his wife and five children, he’s excited about being a part of the TFS family.