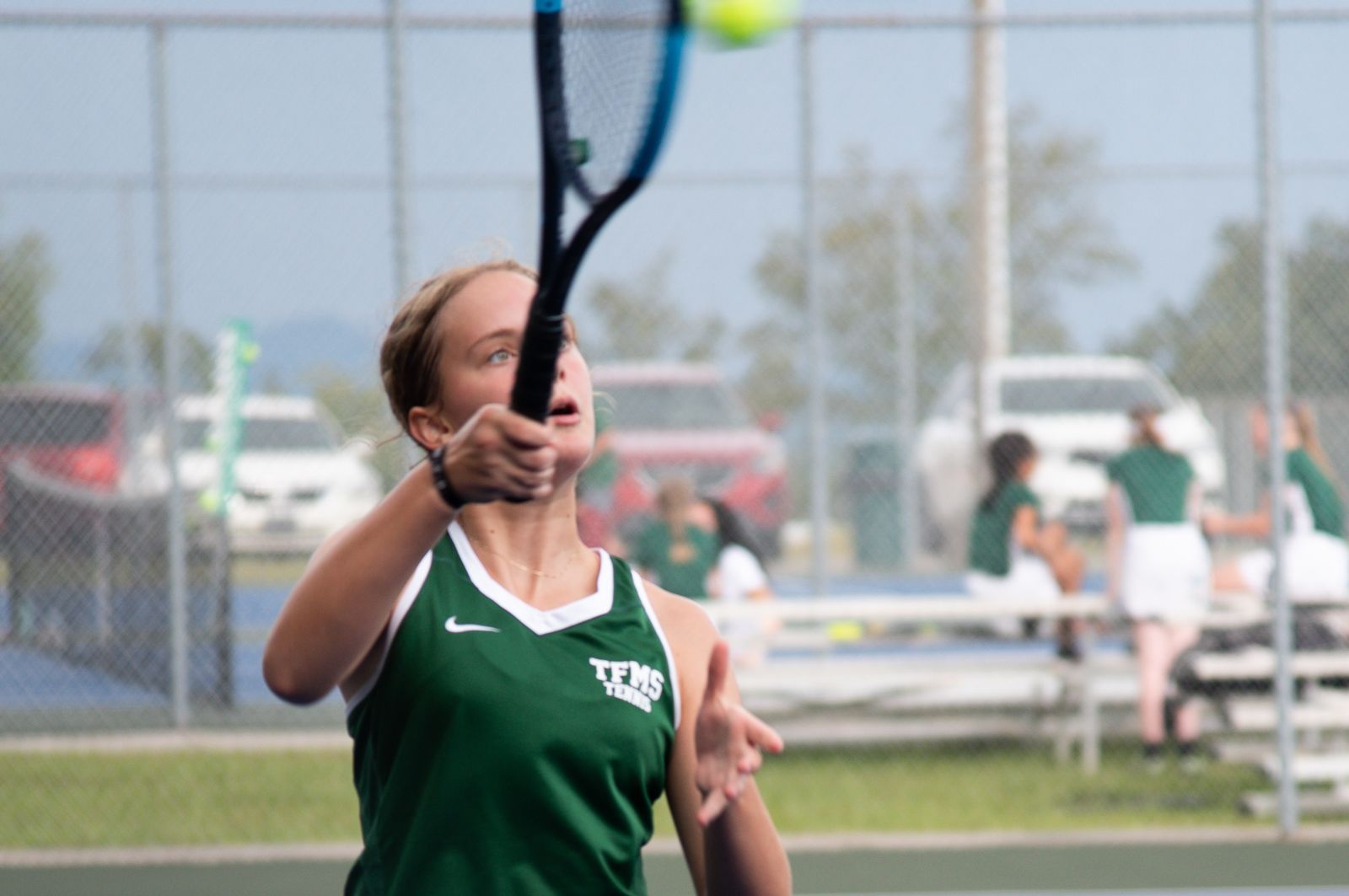 It was another great match for the Tallulah Falls School middle school tennis teams, as both boys and girls remained unbeaten on the season following wins over Rabun Gap.

"Our boys came out strong and ready to battle, giving up only 3 games total of 40...pretty impressive," says coach Lisa Wilcox.

"Lizzi Huebner was able to pull out a win in a tough match 8-5," adds Wilcox on the girls' play. "Lizzi started off really strong and then her opponent decided to bring her game to a different level, putting Lizzi and her coach on edge, but in the end, it worked out in Lizzi's favor."

The girls' #2 doubles match was a thriller, being decided in extra sets.

The teams are 3-0, with the boys having dropped only one individual matches this season, and the girls only two. TFS returns to action on Thursday against Rabun Gap in a rematch.