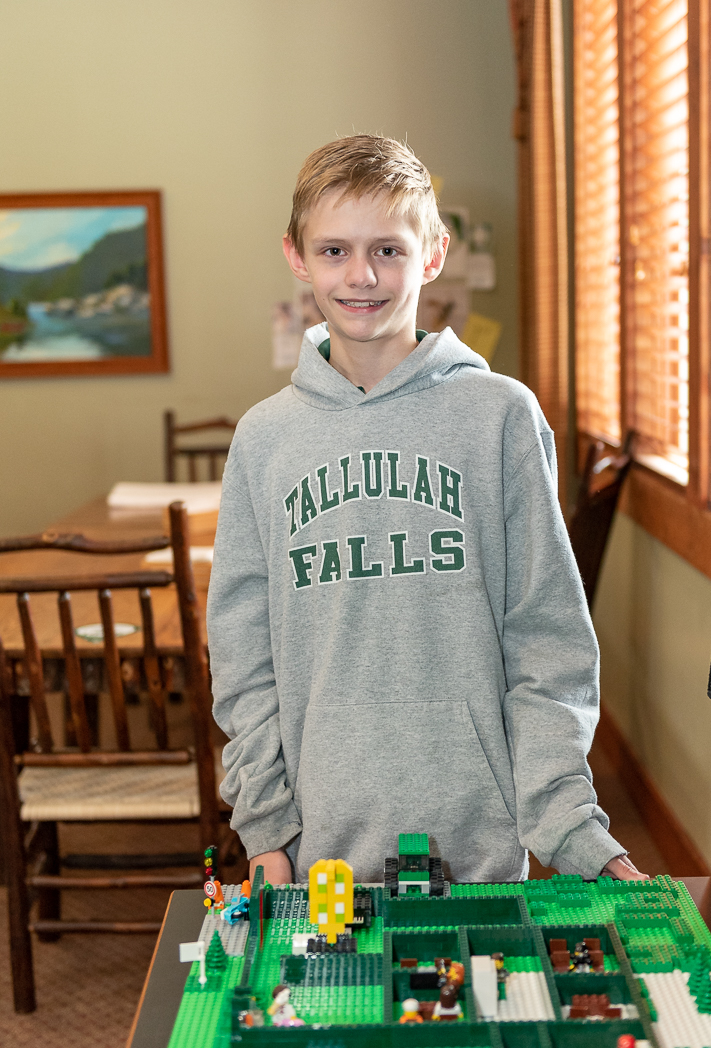 One Tallulah Falls School eighth-grader loves to create with LEGO.

According to Fine Arts Teacher/Program Coordinator Jonathan Roberts, Jack Wiese of Alto was watching a LEGO Masters show this summer and wishing he could build a big project.

"So he did," Roberts says. The project is a scaled-down version of the TFS middle school, including the fireplace, classrooms, a minibus and the Student Activity Center.

“This is exactly what we love to see from our students – taking school pride and creativity outside the classroom into their lives and experiences in the world at large. It’s a wonderful feeling to see a student doing terrific things by their own volition. Jack is a very thought-filled kid!”

Starting in June, Wiese initially planned for the project to have two floors, but scaled back due to concern about cost overruns.

"I've always wanted to say that I've made an accomplishment big enough to be recognized," Wiese says.  "When I ordered the pieces mid-July, my dad ordered another 300 pieces for me, so that made the total cost of the pieces skyrocket to about $250.” 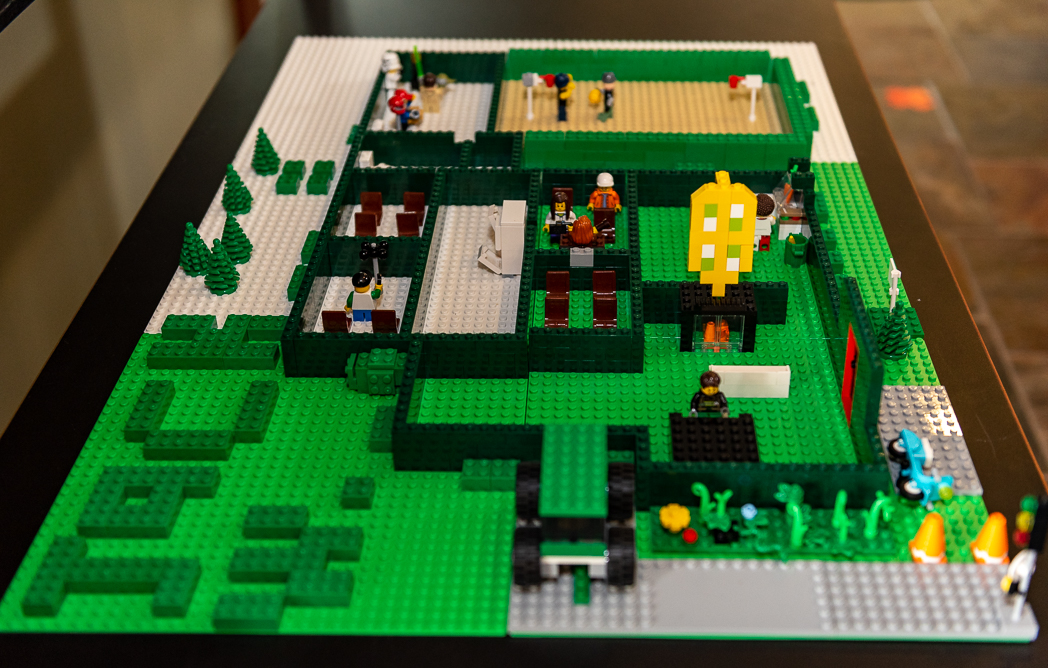 It took a long time for the tiny construction materials to show up, he says.

"After four weeks of waiting for the pieces to come, they arrived in the most banged-up box I've ever seen," he says.

After opening the box, he sorted the bricks by color and location before getting to work.

Starting with the Student Activity Center's floor pieces, he then built a single-brick-tall wall before moving on to recreating the drama room, breezeway, and classrooms.

Next to come to life were the lobby and lunchroom before adding more detail with LEGO figures, furniture and fixtures.

He delivered the completed model to the middle school lobby, where it is on display near the entrance.

Click here to read more about the value of LEGO in imaginative play.