Heart of a Champion: The Chesney Tanksley Story 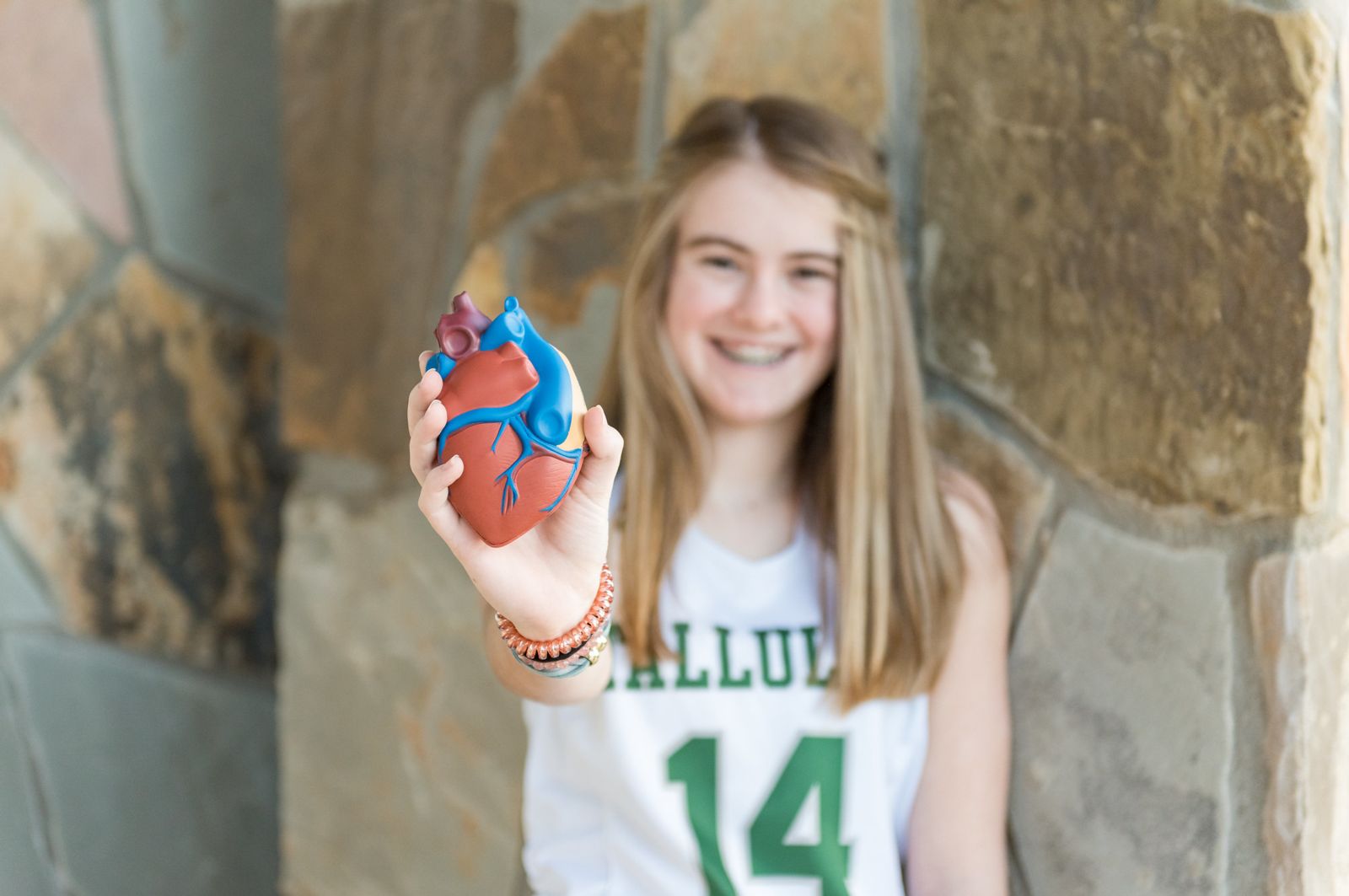 Chesney Tanksley kept a secret regarding her health for several months, partially because she was scared and didn't want to imagine anything was wrong. Also, she loves playing sports at Tallulah Falls School and didn't want to miss the chance to compete. Finally, on a leisurely beach walk with her family in the summer of 2020, her heart was racing so much Chesney couldn't walk. She felt the need to tell her mom about her ongoing condition in which her heart rate would randomly escalate.

"It had been going on for several months before Chesney told me," says Shana Tanksley, Chesney's mom. "Once she did tell me, I didn't think much about it because I was under the impression it had just started. I advised her to cut out caffeine, take deep breaths."

Shana wasn't aware of the problem until that day on the beach.

"I have learned to be stronger, not just physically but also spiritually. Although it was tough, I had a great support team that helped me through it all. I think that I learned to be more cautious and not to be afraid when a problem does arise." -Chesney Tanksley

"I couldn't move, and I felt very dizzy," recalls Chesney. "I told my mom to feel, but she didn't need to because you could see my heart beating through my shirt. I checked my watch, and it said my heart rate was 220. Knowing that this was not safe, we made sure to make a doctor's appointment right away." 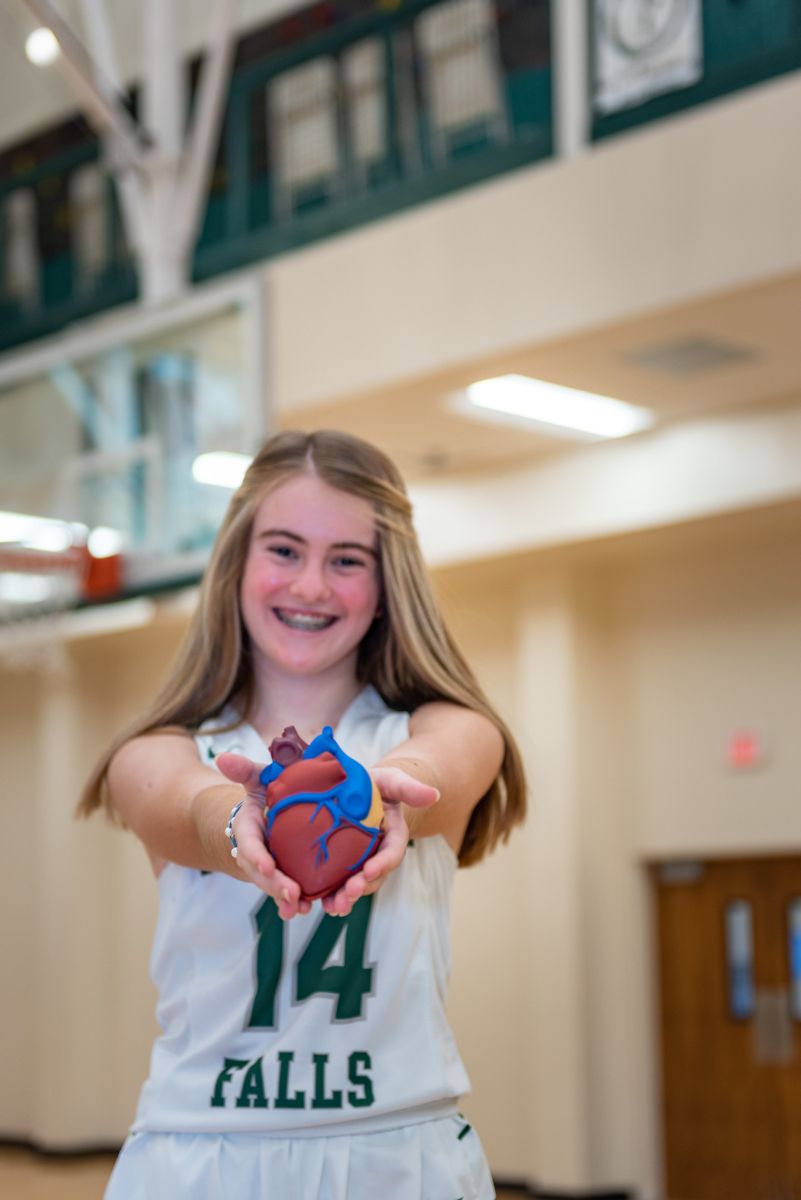 After a quick referral to a cardiologist, an issue showed up on the EKG and heart sonogram. Chesney was diagnosed with WPW syndrome, a condition in which an extra pathway exists from her heart's upper chamber to the lower chamber. That, in turn, produces a rapid heart rate.

"We were grateful for the diagnosis and that the procedure was done so quickly," says Shana. "Honestly, we had prayed and God gave us peace about the whole situation. Our prayers turned from praying for her health to praying for any person along the path of this procedure. We were at the hospital for a total of 14 hours. Recovery was the hardest, as she had to lay perfectly still for four hours."

With the procedure came some unexpected news to the Tanksley family. The physician made a surprising statement to the family that Chesney could be back on the court in a matter of days.

"We were shocked," says Shana. "She was extremely sore but did return to basketball five days after. Ches was adamant about finishing the volleyball season and going straight into basketball."

Chesney was torn, as she was fully committed to the basketball season yet cautious about her health.

"I was a little concerned about finishing the volleyball season," adds Chesney. "The doctor told me I would be ok, but I was still unsure. It was scary at times, not knowing what was happening. I didn't want to quit, though. I knew I had committed to the team, and as long as it wouldn't hurt me to finish, I was going to."

"Chesney loves sports and being part of a team, so there was no stopping her drive to press on," says Shana. "She has built up her stamina, and we feel as though her being so active helped her recovery process tremendously. No concerns have arisen."

Chesney has, by her own account, had no problems since the procedure, despite a little soreness the first time back out. She learned quite a bit about herself in the process. 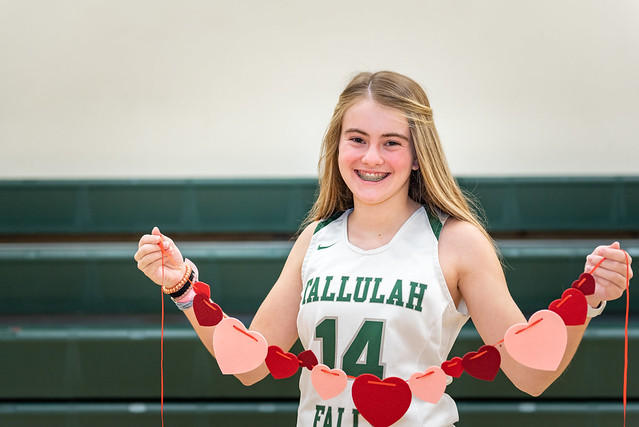 "I have learned to be stronger, not just physically but also spiritually," says Chesney. "Although it was tough, I had a great support team that helped me through it all. I think that I learned to be more cautious and not to be afraid when a problem does arise."

Chesney is a standout in volleyball, basketball and track and field, and competes with the TFS bass fishing team as well. The support team that she refers to certainly includes her family, but also her friends.

These friendships have grown from her time at Tallulah Falls School, particularly in athletics.

"I love being a TFS athlete," says Chesney. "It means so much to me to have that family that will always be there for me. I know that these coaches will support me and that my teammates always have my back. Sports are very important to me, and playing for TFS makes them even more special."