Indians fall to Galloway in first state playoffs round 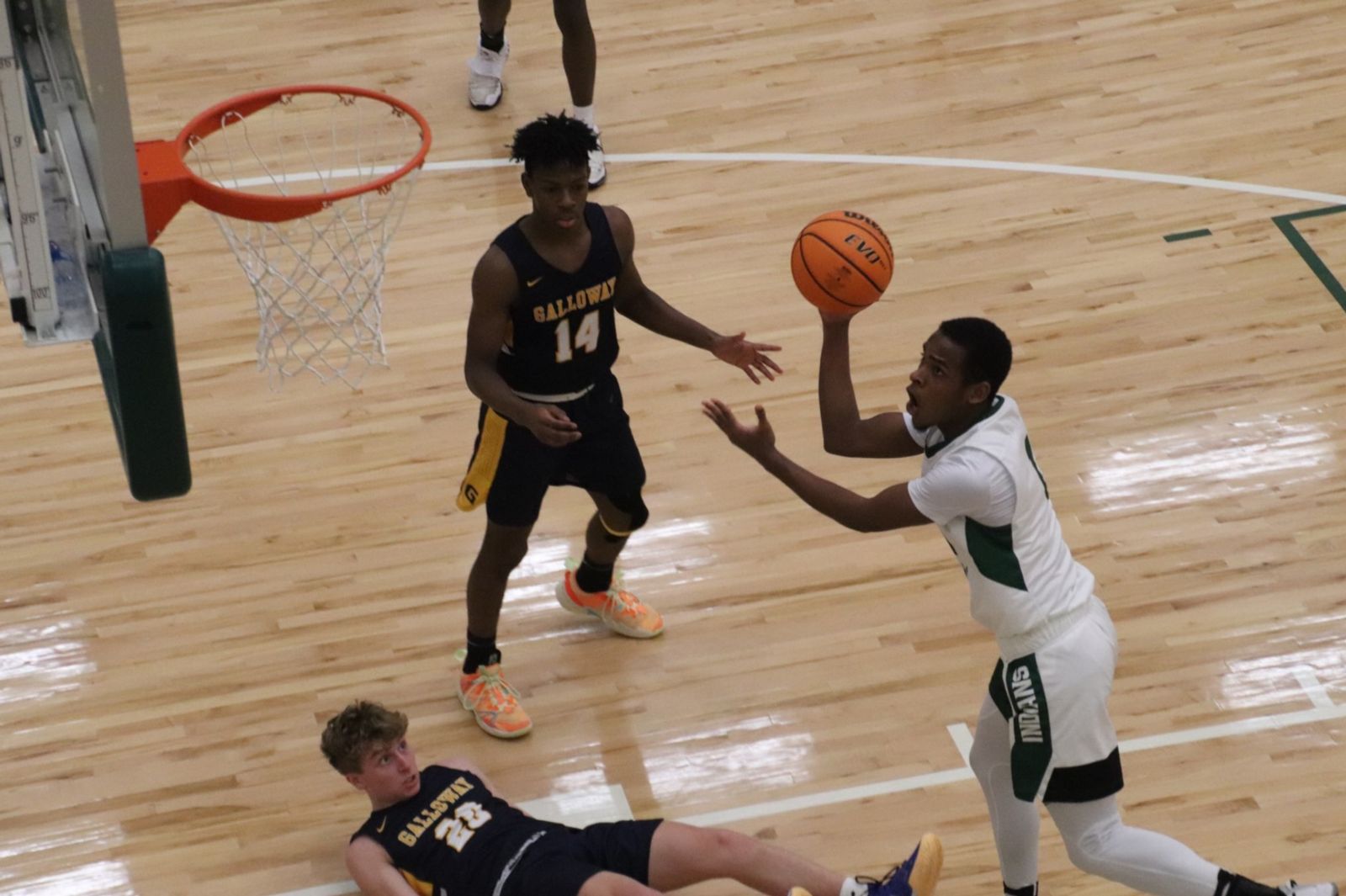 CHAZ MULLIS - The varsity Indians were handed a tough loss by the #3-ranked Galloway Scots on Wednesday night, ending the Indians' season at 57-66.

The Indians took a narrow lead in the first quarter at 12-11, but were unable to continue their momentum into the second half, putting Galloway on top at 26-31. Gabe Keene's dunk returned in the first half, along with several layups by Devonte Allen and Sammy Davis. Galloway expanded their lead to 39-51 in the third quarter and fended off a TFS comeback later in the 4th to settle their victory.

Davis lead in scoring with 15 points. Allen contributed 13, while Anfernee Hanna landed 9 points during the matchup.

For the Indians, the 2021 season saw them go 18-5 and win the team's first-ever Region Championship (both regular season and tournament), and make the state playoffs for the second straight season.