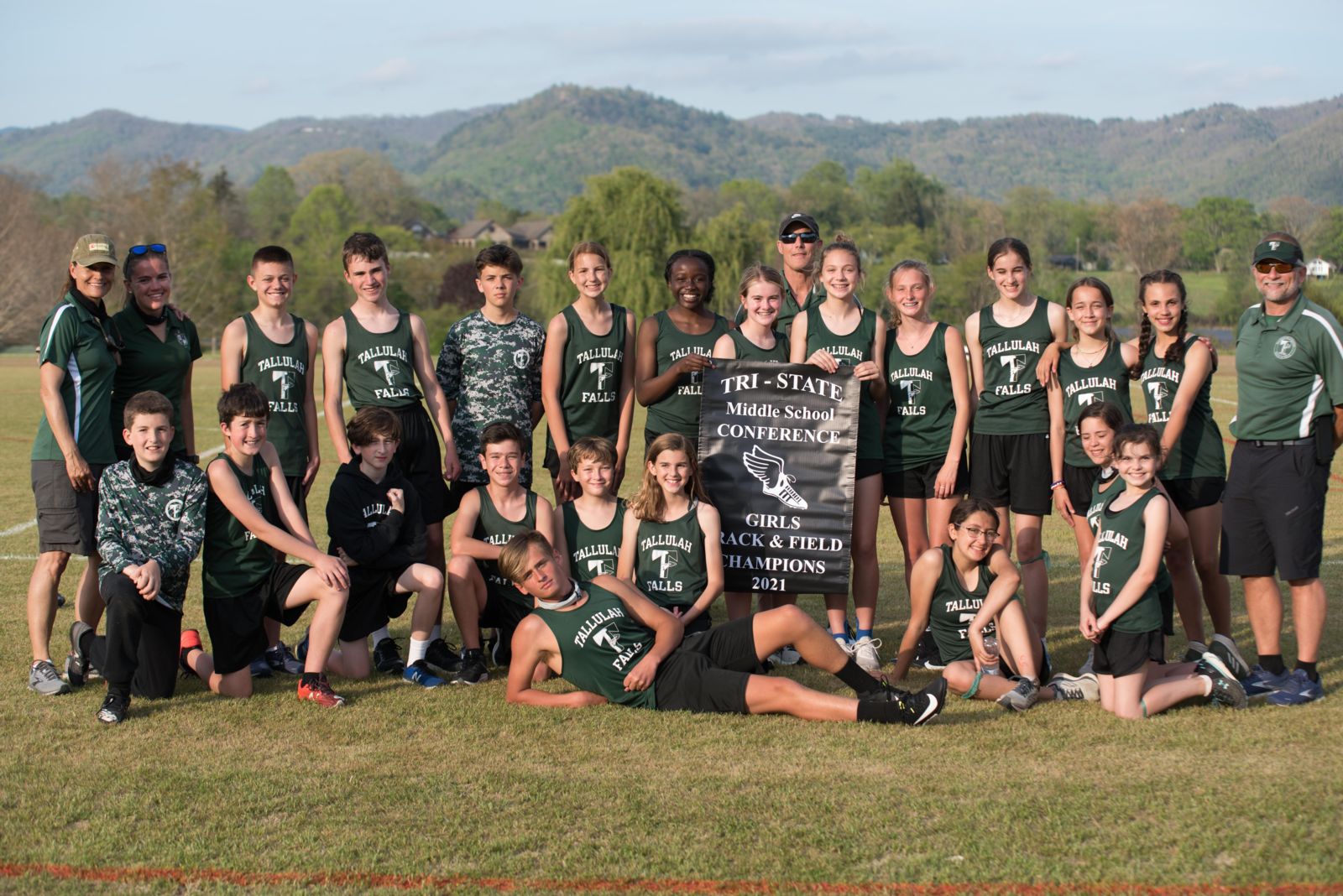 The TFS MS track & field teams competed in the season-ending Tri-State Championships, with the girls team winning for the ninth time in 10 years.

The Lady Indians outscored Rabun Gap and Highlands, combining for 76 points. The boys had a streak of 10 championships in a row, which came to an end with a second-place finish. Both teams were fairly young, as the boys were mostly comprised of sixth-graders.

For the boys, Jason Bard, fresh off of running 5:43 for a 1600 M PR at the MS State Championships on Sunday, won the shot put and discus and placed second in the 1600.  Also at the pinnacle was the 4x400 relay team (Cody Loonubon, Timothy Beck, Wyatt Fountain and Bard).