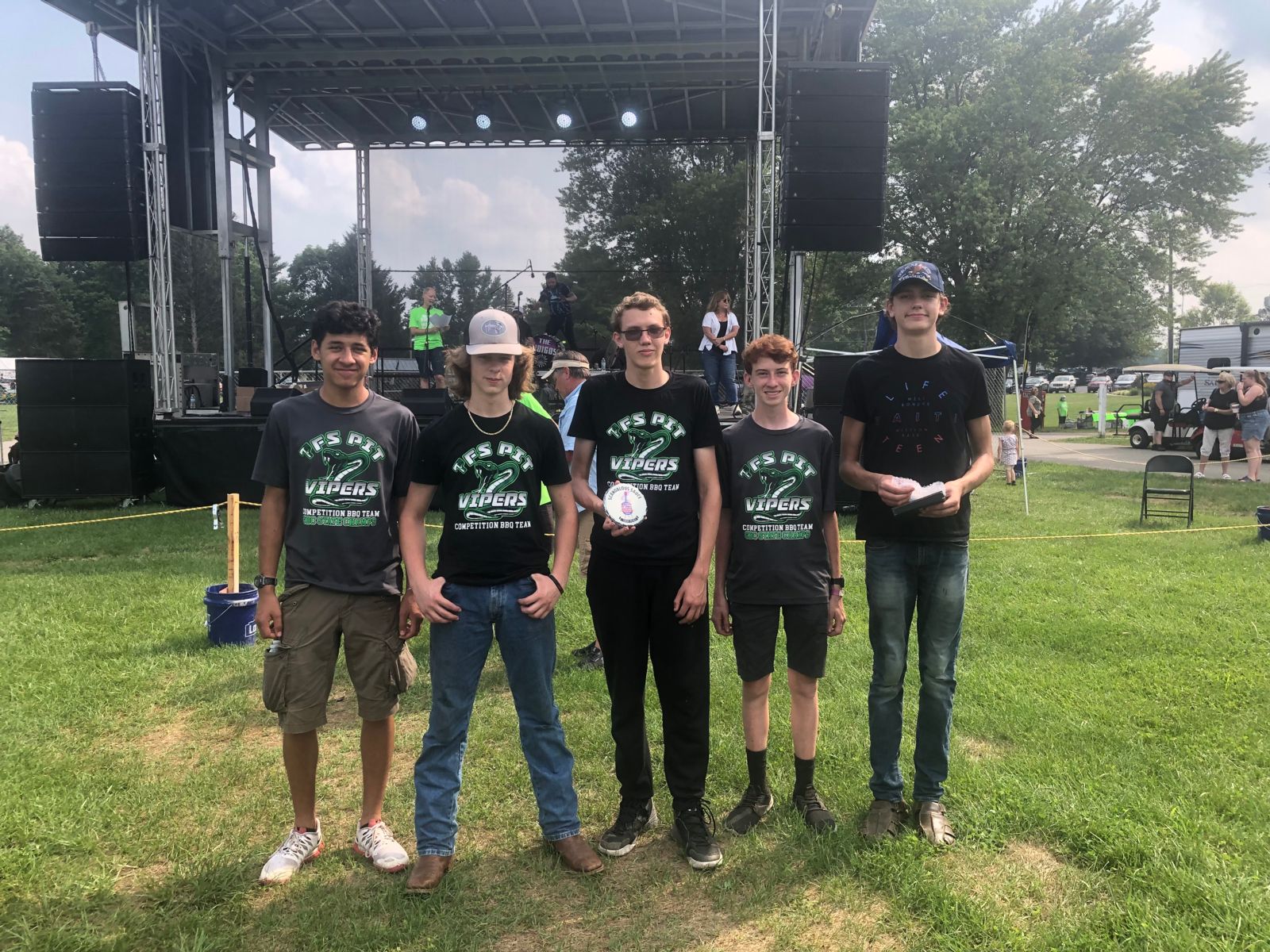 Over two days, the Vipers basked in the sweltering heat and humidity among a field of tremendous and seasoned rivals to finish in the Top 5, said Head Pitmaster Tom Tilley.

“This competition had the largest number of categories we’ve ever entered,” Tilley said. “I’m super proud of what the kids accomplished.”

“We had a great turnout of Vipers for this trip,” Tilley said. “They worked really hard.”