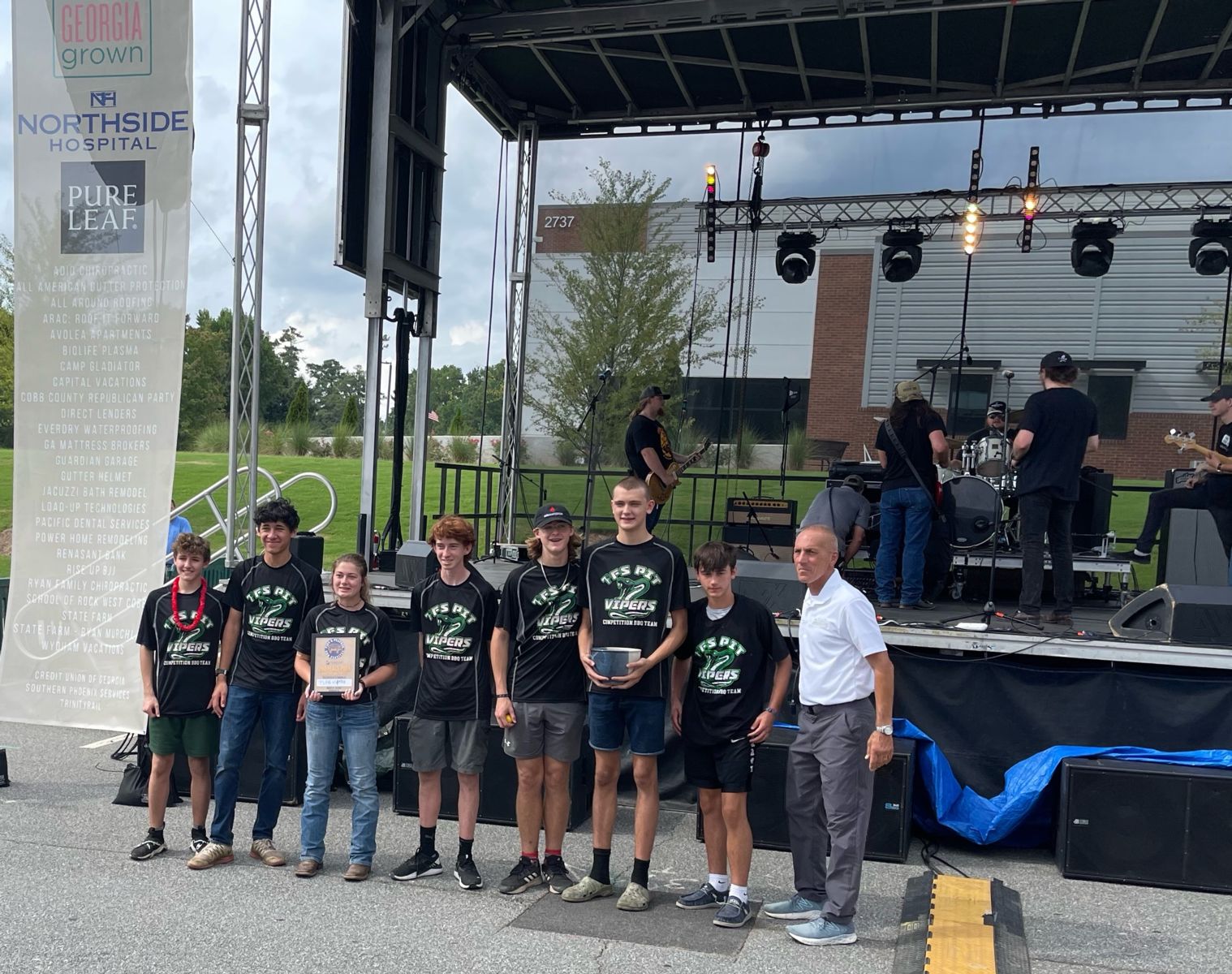 The stage was set in Kennesaw at the Pigs & Peaches BBQ Festival on Aug. 19-20.

On the line was the 2022 Georgia BBQ Championship Series (GBC) Team of the Year title.

The Tallulah Falls School Pit Vipers competition barbecue team only needed a top five finish to be crowned GBC Team of the Year for the third consecutive year.

Coming in third overall at the Pigs & Peaches event delivered the results the group was looking for, said Head Pitmaster Tom Tilley.

“Words can not describe how proud I am of these kids,” Tilley said. “Winning the GBC three years in a row is just extraordinary.”

The Pit Vipers include freshmen Frankie Pribyl of Canon and Merrick Carnes of Cornelia;

“Competition barbecue is so much fun – win or lose,” Carnes said.