TFS has named the Indian of the Week for the week of October 17-22. This week's selections are Dani Prince and Jedd Thomas for high school, and Elizabeth Stafford and Henry Dumas for middle school. MORE INDIANS OF THE WEEK 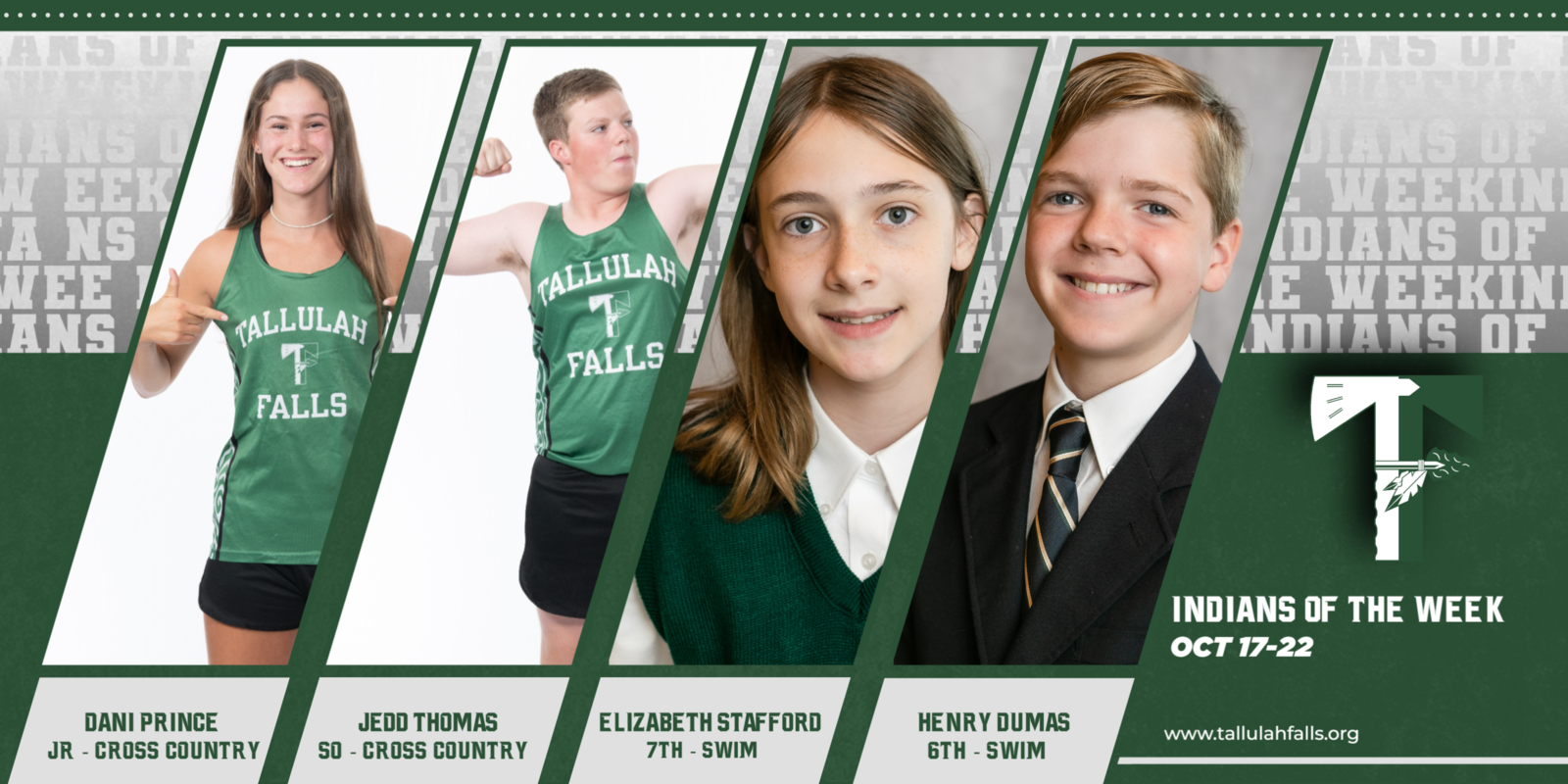 Not only did junior Captain Dani Prince run her 5k course best at the Harrier Harvest, but she was also the Team Leader who organized the preparation, hosting, and awards for the 275 runners amongst 12 teams. We received many compliments about the special meet because Dani was so systematic in details, empathetic to what experiences to structure for, and genuine in her quest to host a GREAT event, which is one foundation of the athletic mission. Dani is diligent, determined, and dynamic in contributing to the life of the team and to a season of significance! -coach Scott Neal

Elizabeth Stafford is our nominee. Elizabeth consistently comes to practice ready to improve & with a determination to conquer the workout! She works hard & maintains a positive attitude, even during a tough dryland workout. -coach Rachel Nichols

Henry Dumas is our nominee. Henry is new to the team but not new to swimming. Henry's enthusiasm is contagious & his work ethic is fantastic. He works to succeed in any workout, dryland or in water. Henry's willingness to try new things is a welcome attribute to our program. He even asked if he could compete in the 500-yard freestyle, an event typically swam in Varsity competition. -coach Rachel Nichols