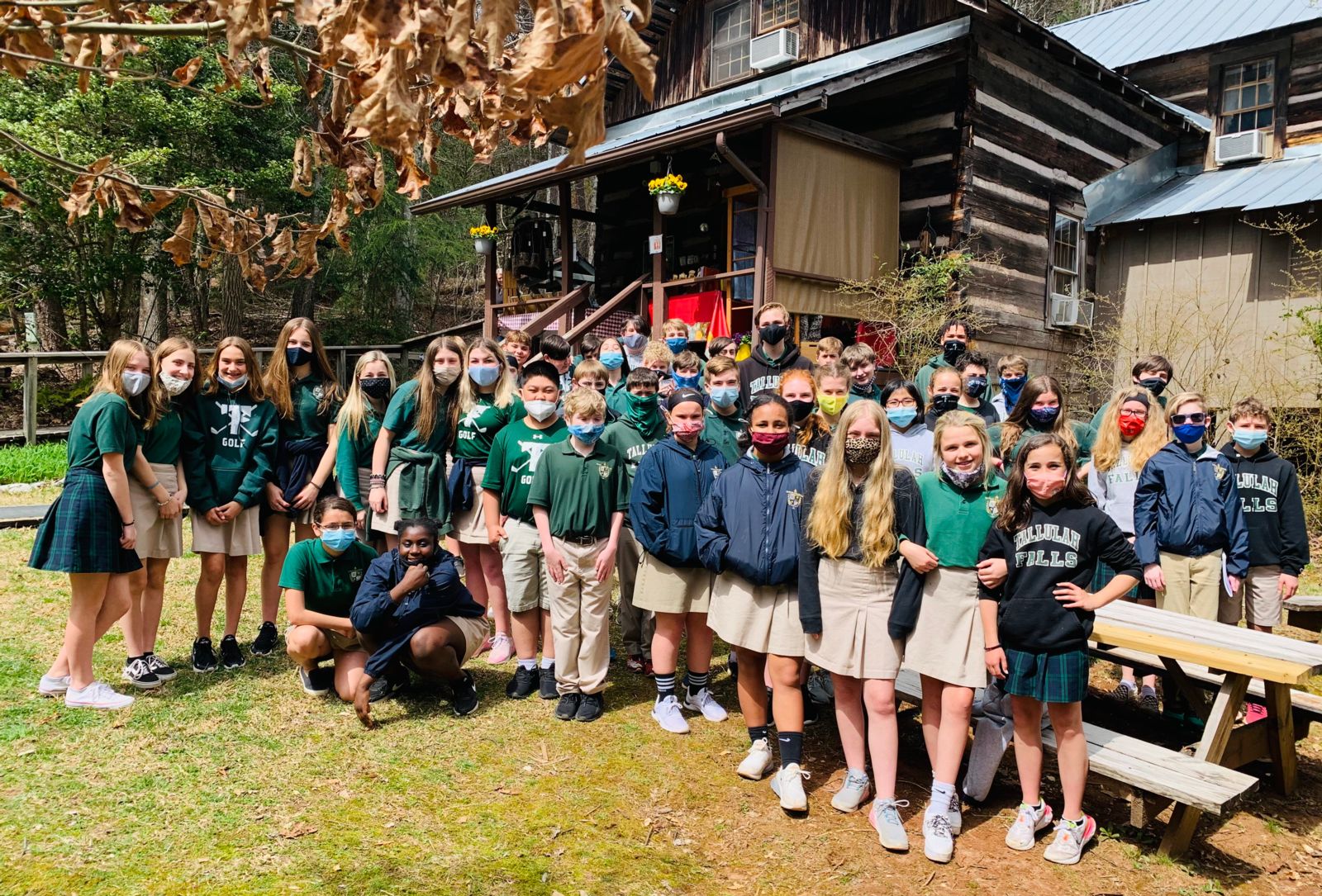 A partnership between Tallulah Falls School and the Foxfire organization will bring students closer to regional history.

Students at both the upper and middle schools are contributing literary works to the Foxfire magazine. The spring/summer issue of the magazine featuring TFS student submissions will be published in late June/early July.

“It is a pleasure to cultivate this wonderful relationship between our TFS students and Foxfire,” said President and Head of School Larry A. Peevy.

On March 24, the seventh grade visited the Foxfire Museum and Heritage Center in Mountain City.

“Dr. Peevy hopes that each grade at the middle school will make the short trip to Foxfire to become more acquainted with the history of the area,” said middle school English teacher Kim McClurg said.

TFS seniors contributed articles about the heroes in their own communities, in the United States and abroad, who made a difference in the lives of others who were struggling during the pandemic, according to upper school English teacher Kelli Bly.

“The students were enthusiastic about highlighting those in their communities who made meaningful contributions to the lives of others during this difficult past year,” Bly said.

According to Foxfire Fund Curator and Educational Outreach Coordinator, Kami Ahrens, the Foxfire magazine is an exciting opportunity for students in Rabun County to publish their academic and creative work in an internationally read magazine. In 1966, local high school students created the magazine in their English classroom and started a tradition that carries on to this day. The magazine provides students with a platform for creative expression and investigations into the world around them and connects them with their peers and their community.

More about the magazine:
The mission of the Foxfire magazine is to empower students to share their voices and visions with an audience beyond the classroom by providing a platform for creative expression and investigations into the world around them. Foxfire is committed to inclusiveness and accessibility to all, regardless of gender, race, ethnicity, religion, disability, sexual orientation, age, or national origin. The legacy of the first Foxfire class – which started all the way back in 1966 –  continues today through the creation of the magazine. With more than 700 subscribers across the globe, this magazine continues to impact communities near and far.